Sign In
Turn on suggestions
Auto-suggest helps you quickly narrow down your search results by suggesting possible matches as you type.
Showing results for
Search instead for
Did you mean:
Article Options
grlandge

grlandge
Labels:
Backup is one of the domains every customer is worried about. Everyone is concerned about Recovery Point Objective (RTO) and Recover Time Objective. The Recovery Point Objective (RPO) is the point in time to which you must recover data as defined by your organization. This is generally a definition of what an organization determines is an "acceptable loss" in a disaster situation. The Recovery Time Objective (RTO) is the duration of time and a service level within which a business process must be restored after a disaster (or disruption) in order to avoid unacceptable consequences associated with a break in business continuity. The RPO in conjunction with the Recovery Time Objective (RTO) is the basis on which data protection strategy is developed.

One of our customers, a large user of Microsoft Exchange was trying to evaluate a backup solution for their organization. The environment consisted of a few Exchange servers, SAP server using oracle database and 400 desktops and laptops. It was complete Windows based environment. They called up some solution vendors to help them design a solution for backing up their servers and their endpoints. However the primary concern for the customer was Microsoft Exchange backup as they hosted the mailing server for the other divisions of their organizations. SAP server was too a concern but any downtime in the mailing service would cause several issues to the customer as other divisions were too dependent of them for the mailing service.

They met up with some solution vendors and finalized 2 of them out of which we were the one. The other organization had already pitched CA Arcserve as the solution for their backup. They presented them with the complete architecture solution and even designed a Bill of material for them. Actually this vendor had done lot of deal in this organization and was probably the preferred vendor. However the customer wanted a POC for the same. Since they were organizing the POC, our presentation was postponed for about 10 days. At that time we thought that we had missed the deal but then we did not give up hope. After the 10th day the customer had called us for the meeting. I was supposed to do the presentation but judging the way the customer interacted, I thought that they had already fixed upon the solution. Surprisingly the Customer himself said that they had already seen the POC for CA Arcserve and he was interested if Symantec Backup Exec would offer any additional features at a lower cost.

I knew this was the only chance to get the momentum, I started with the assurance that Symantec will really take care of the pricing, however we would first show him the benefits of using Backup Exec in his environment and how it has the advantage over CA Arcserve. I knew at this point that if this presentation is successful and if we get a chance to conduct a POC for Backup Exec, we would surely win the deal. I decided to make the presentation short and simple. The main focus was to understand the mission critical servers and present a perfect backup strategy for them. Once I knew that Microsoft Exchange was the most mission critical server, I knew that I could get an advantage over CA Arcserve backup. In fact, in any exchange environment whenever I have shown any demo or POC the customer has bought Backup Exec most of the time.

I explained to the customer how the traditional Microsoft Exchange backup used to take place with Microsoft MAPI technology and how it used to consume time, storage space and it was an error prone backup. And considering the customers need for a quick recovery and minimum loss of data, MAPI based backup may not meet the requirements of the customer. When the customer agreed with me, I told him the CA uses the traditional MAPI technology for its backup while Symantec Backup Exec uses an innovative and enhanced technology to perform the backup of Microsoft Exchange servers. CA Arcserve not only takes time for such backup’s but it has a longer process for recovery. During recovery, even in case you want to restore individual files, you need to restore the complete Exchange mailbox and then restore the desired files, thus the RTO is very large in this case. Also, traditional backup means taking a daily or an incremental backup once a day. So any crash during a day time would mean a huge loss of data. I just gave him an example that if the data backup occurs at 1.00 am in the morning and the server crashes at 5.00 pm in the evening, it mean there would be a data loss for about 16 hrs which may also lead to financial loss.

However with the new innovative technology of backup exec, you don’t have to schedule a daily backup for the mail boxes. Backup Exec also allows granular recovery, wherein you can recover individual mails, mailboxes and even folders thus making the RTO almost negligible.

The customer was now actively listening and I took my time to point out the main feature, which I knew would have an advantage over CA Arcserve. I explained him the continuous protection for Microsoft Exchange where the data is continually backed up and so that even in case of a crash he would have the nearest backup data. However at this point, the customer told me that CA had installed the XOsoft Wansynch application which does a constant replication of the date to the secondary exchange servers. To tackle this point, I told him the need to purchase two different software for one job and manage those using different interfaces. Cost was also an addition for the same. With backup exec you have this as an integral functionality configured under the same console.

Also, I explained him that backup not only have a continuous protection for Microsoft Exchange servers but also it can continuously protect Desktops, Laptops and File servers. To add to it, I told him that Backup Exec can do a granular recovery of Active Directory,

The Customer was impressed with the presentation. In fact I showed him a diagram showing how the backup server would be placed, how the Storage backup would take place, how the SAP and Oracle backup would take place, how would the different components of Microsoft Exchange would be backed up. He was very impressed by the features of the product and had no option but to give a chance for the POC of this product.

He gave us the same set of servers which he had given to the CA Arcserve vendor and told us to conduct the POC. The POC went very well. Backup Exec is one of the simplest products to install. We configured exactly what we had shown in the presentation. Finally it was time to shoot the backup and check the continuous protection feature of Microsoft Exchange. When he compared the first backup results of CA arcserve with Backup Exec, he actually didn’t found the need for any further comparison. Also he found the management console much easier than CA Arcserve.

As promised, Symantec gave him the best prices. He didn’t hesitate to give us the order for the product. Now he is a happy customer and we are his preferred partner all credit to SYMANTEC.

rookie11
may sound silly here but wat is POC ?

barmat
Probably it's a "proof of concept" 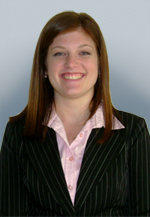 The company I work for has been using Backup Exec since it was Veritas. We'd always had the issue of being able to recover one mailbox from the entire exchange server.  Recently we reconfigured the exchange backup to use the Granual recovery. This is so much easier and faster than recovering the entire exchange on a different server to restore one users mailbox. Thanks for the article and congrats on winning!