Planning is key to any installation or upgrade of Backup Exec

Planning for an installation of Backup Exec should be undertaken with all of the same preparation as installing any other software. On a number of occassions, I've seen users post that Backup Exec isn't working for a variety of reasons: slow backups, server memory/CPU utilisation is sky-high, tape drives etc. don't work, and the list goes on.

During further investigation, it's found that the server hasn't been scoped properly, or the installation doesn't conform with requirements from Symantec's side. This article simply highlights some of the mental checks that should be performed when planning for an installation.

1. Get hold of ALL the supporting documentation you can!

Symantec has a good selection of supporting material for Backup Exec, including admin guides, best practices, and compatibility lists.

I'd suggest getting hold of the Backup Exec Admin Guide if you're new to the software and want to find out more, or have the time to give it a read. It's informative, gives you the basics on what, and how to install the software and create jobs etc, and is a useful tool to keep saved.

The link below takes you to the BackuP Exec 2010 R3 Admin Guide:

A number of queries come through on a monthly basis with regards to licensing, which is something not many people either know enough about, or understand properly. When asking for a quote, it helps to understand what's being quoted as per what you require in your environment. Symantec have the Backup Exec 2010 licensing guide, which you can find on the link below:

This guide will tell you what licenses you'd need for any sort of configuration.

3. Checking your software and hardware environment

The major headache coming through in the forums is due to people not understanding how software and hardware support is affected by new releases. As time moves on, software vendors eventually expire support for applications and hardware. Where your old version of Backup Exec 9 ran on a specific type of tape drive with no problems, upgrading to Backup Exec 2010 R3 might see that tape drive becoming null and void, making a fairly inexpensive upgrade a nightmare for a budget with a new tape drive being thrown into the mix.

"IT waits for no engineer" (to borrow a more famous phrase), and it is critical when planning an installation, or upgrade, to take this into account. It allows you to factor in new hardware to a budget proposal, or even consider upgrading to the latest version, while downgrading the license to allow you to install the last version of Backup Exec that supported the software/hardware. This would only buy you time to decommission the older software/hardware if at all possible, as the older versions of Backup Exec would also be phased out of any support.

The same can be said for brand-new software, where versions of certain applications are not always immediately supported. Checking the relevant HCL and SCL would erradicate any potential pitfalls in these regards.

The links to the Backup Exec 2010 R3 HCL/SCL are shown below:

4. Hardware and software Speccing and configuration on the media server

If you're able too, bigger is always better. The more RAM you are able to put into a server (based on physical capacity or budget), the better. This alleviates the obvious performance issues that MIGHT be experienced on a media server to a considerable extent.

Look at your server vendor's best practices when configuring your disks to see what the best option for performance is. Slower disks mean slower performance is most likely possible if you're using the server in conjunction with a local B2D.

Take a look at the link below, specifically the Systems Requirements section for an exhaustive list of requirements for Backup Exec and ensure you stick as closely to this as possible:

Finally, planning, whether for an upgrade, or new installation is critical. Be aware that an installation of Backup Exec, along with patches, will most likely require a server restart, so consider this and plan around organised downtime.

Upgrading/installing RAWS agents from the media server would also need restarts if the Advanced Open File Option (AOFO) has been installed.

Have the latest patches downloaded on the local site to speed up the patching of media servers. Slow links will mean patch upgrades take a long time, and if LiveUpdate times out, the general scenario is that it restarts the download of all the patches again.

Make sure that the DVD ISO used works...a couple of forum queries over the past 2 years have seen the ISO coming up as corrupted. Make sure it will launch (either via a DVD, or via an image mounting tool), and that the installation will actually proceed. Here a test environment is a benefit in order to test this.

When upgrading, check the upgrade documentation on the Symantec website. It's thorough, in depth, and will be all you need in order to perform a standard upgrade to a newer version. 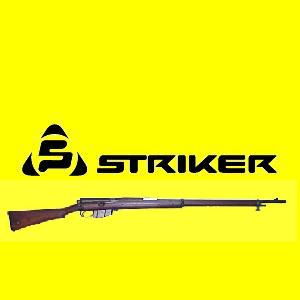 Good one Craig.. would be better if you add more points like ..backup of media server, BEDB

I think the last few, unnumbered paragraphs are probably the most valuable, in my opinion. Whenever it comes to upgrading anything, there's undoubtedly a white paper or kb article that we humans seek out for guidance...and we follow them as closely as possible; as we should.

For me, I like to read the real world accounts from articles, blogs and tech sites with various tips and tricks in the many scenarios; different for each user. The links, the shortcuts and the roads less traveled. It's those accounts where I like to read of personal, persistent triumphs of troubleshooting in a field of battle I'm accustomed to, and where I actually enjoy getting the solutions to those extra tricky ones.

Thanks for that...and planning is going to become even more critical when upgrading to BE 2012, the change is that great.

Connect is a great source for finding answers, along with the Symantec site if you are looking for official notices and fixes. I've seen some really attrocious support sites from some big names, making Google the go-to when trying to find help!