BE 2012 is quite a radical break from earlier versions of BE and as such, you should do more preparations and testing before you install or upgrade to BE 2012.  Otherwise, you may have a nasty surprise.

The aim of this article is to point out the documents and things that you should review in your preparation and beware of before moving to BE 2012.  I will point out some significant changes.

There are some changes to the way BE 2012 is licenced.  For example, the BE SBE edition can now only back up two more remote servers and you cannot buy additional application licences.  There are also some new licencing options like the V-Ray edition which you can consider.

You should check this list to make sure that your existing or planned hardware is supported.

You should check this list to see whether your software is supported.

Some of the important changes are

b) Desktop OS'es like WinXP are not longer supported as media servers.  At the minimum, you need Server 2003 SP2 for your media server.

d) SAP is no longer supported.

4) DLO is now a separate product

You should look at these documents to see what is different in BE 2012.

In particular, you must note that BE 2012 is now server-centric.  This is not a trivial change.  The way you defined your jobs will be different.  You are likely to end up with one or more jobs per server.  If you are used to running one or two jobs to backup all your servers, this will be a big change to your backup environment.

The changes to the scheduler should also be closely examined to determine their effects on your operating environment.  For example, if you are using the restart interval feature to run frequent backups during the day, this will not be possible in BE 2012.

You should also take note of the fact that exclude dates are now on a global level and not for each job.  There are implications if you are not doing backups on holidays.  See my Idea below

If you are using BEMCMD, then you need to get familiar with Powershell and BEMCLI.  The BEMCLI help file is attached.

There is some good news for optimised dedup users, deduplicated GRT data will not be debydrated before they are duplicated.  This will result in some time saving.

Likewise, there are some good news for Hyper-V users,  you can now do differential and incremental backups of your Hyper-V VM's.  See this document

Restores are simplified in BE 2012

There are some nice touches in the storage management area.  If you right-click on a backup set and delete it, the corresponding disk files are also deleted.  This is unlike previous versions of BE which you have to use Windows Explorer to delete the files from your disk after deleting them from BE.

There are some minor differences in BE 2012 that are not covered in the above documents.  These are not present in BE 2012.

a) Skip Next Run

b) Edit Next Run

d) Scheduling of library unlock.  The work-around is to schedule a BEMCLI cmdlet to unlock the library

Advanced selection features, like including/excluding files not accessed in a number of days, are not in an obvious place.  You would have to click on the selection tree and select Include/Exclude to get these features.

This list is by no means exhaustive and you should see whether the feature that you are using are present in BE 2012 during your testing.  If you are affected by not having a feature present in BE 2012, you either create an idea in the Ideas section or vote for one which is already created.  If the idea receives a lot of votes, it might be implemented in some future release.  When creating your idea, do state a case why the feature is important.

You can only directly migrate to BE 2012 if you are using BE 12.5 or BE 2010.  If you have an earlier version of BE, you need to do a multi-step migration if you want to preserve your job and media definitions.  Otherwise, do a fresh install of BE 2012.

The migration process will convert your jobs to server-centric ones.  If you are using one job to backup several servers, this job will be broken up to individual jobs to back up each server

Your disk storage would be migrated according to this document

Most notably, there will only be one Disk Storage or Disk Cartridge Storage per volume.  If you using multiple B2D folders to segregate your backups, e.g. one B2D folder for each server, you would have to get use to the idea of using one B2D folder for all of them.  During the migration process, one of the B2D folder will be converted to either Disk Storage or Disk Cartridge Storage and the rest of them would be converted to Legacy B2D Folders.  Legacy B2D Folders are read-only.

Lastly, I cannot emphasise enough that you MUST test BE 2012 extensively before migrating or installing in your production environment.  Reading about a change or a missing feature is not the same as experiencing it.  You have to see the new GUI, navigate through it and see where all the things that you need are now located.  For example, you don't have the Job Monitor tab anymore.  How do you see all your jobs at once?  (See https://www-secure.symantec.com/connect/blogs/viewing-jobs-multiple-servers-once-backup-exec-2012 for the solution).

You may also need to figure out how to setup your jobs in the BE 2012 way.  For example, you are backing up your SQL logs very couple of hours during the working day.  This would not be so straight-forward with BE 2012 because there is no restart interval and you cannot backup the logs without doing a full database backup.

Iron out all the kinks during your testing.  Otherwise, you might find yourself up the creek without a paddle when you install/migrate to BE 2012.

...nicely laid out. You should try getting this pinned to the BE forum. 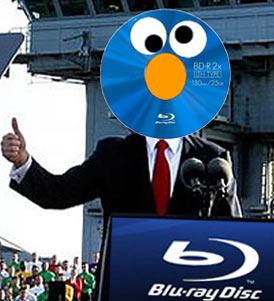 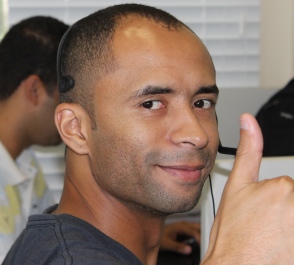 Congratulation for you organization and clarity. 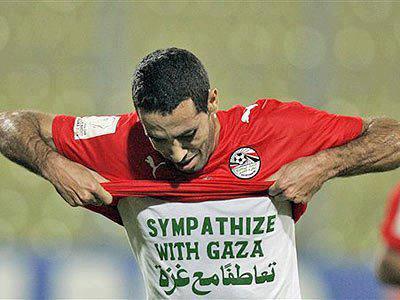 Also Guide me about licence.

Open a new forum thread for your queries.

...if you're posting within a couple of minutes of a previous post, please just edit that 1 with the updated details...

Could somebody clarify? I had trial version of BE 2012 installed. After trial period was ended I have downloaded licensing files from fileconnect. What is the procedure to go from trial version to full? The problem is that when I'm trying to do this - it requires installation media. I don't think that this is right. Confused.

Simply import the SLF (licensing file) in BE2012, then give the path of the installation media when

Works as you said, thank you. Everything has updated in less that 5 minutes. Jobs are running again.

ammm... Zak2011, whom are you addressing this? Who's comments are visible in your account? And how it is "visible in my account"? Maybe there's some issue with authorisation on site that should be addressed to admins?

...please contact Swathi Turlapaty or Leslie Miller and ask them to investigate.

Very usefull document, thank you for that!

Could you tell me what kind of improvements there are for software agents?

i think that one of the very important things to keep in mind is that, if the installation to be upgraded has many backup-to-disk folders set up in the same storage drive (for example, disk d:\), the migration process will choose on random folder to be the working volume and leave the remaining ones as legacy folders:

How an existing Backup Exec configuration is migrated to Backup Exec 2012
http://www.symantec.com/d...

We upgraded our environment to BE 2012 a week after it was released. We encountered a lot of issues, we had more than 5 calls opened with Symantec. I must say after you've had you hands on it, BE2012 is quite quite easy :). Nice article.