Sign In
Turn on suggestions
Auto-suggest helps you quickly narrow down your search results by suggesting possible matches as you type.
Showing results for
Search instead for
Did you mean:
Article Options
Ranga Rajagopalan (Ranga_Rajagopal) 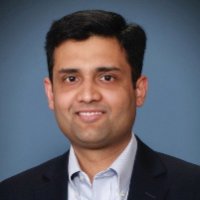 Overview
The Linux Kernel Virtual Machine (KVM) is the latest offer from Red Hat Enterprise Linux (RHEL), starting in RHEL 5.4 for a complete virtualization solution. This document explains how you can use Veritas Cluster Server software in RHEL KVM-based virtualization environments to provide mission-critical clustering and failover capabilities. This document also explains a set of supported clustering
architectures that you can implement.

KVM is available in the Linux kernel from 2.6.20 and later. It consists of a loadable kernel module kvm.ko that provides the core virtualization infrastructure and converts the standard Linux kernel to a bare-metal hypervisor. Its processor-specific modules are kvm-intel.ko or kvm-amd.ko. Therefore, KVM requires Intel Vt-x and AMD-V enabled processors. It leverages these features to
virtualize the CPU.KVMusesQEMUas an adjunct tool to handle device emulation, making it a complete virtualization suite. The KVM architecture benefits from using the same memory manager, process scheduler, and I/O network stack as provided within the Linux kernel.

Each guest VM is implemented as a regular Linux process. The KVM module is used to start and run new guest operating systems, and to provide them with virtualized environments.

KVM Terminology used in this document

System requirements for the KVM-supported configurations