Background:  So we have Backup Exec 2012 and two Data Domain DD620's.  We have all the required licensing including the Data Domain DD Boost and replication licenses.  I have installed the Open Storage Technology (OST) plugin 2.5.0.3 as suggested for the version of BE.  Both DD boxes are visable and connected to my BE server.  I have foud some documentation and a video that explains some of what I am looking for but not entirely and most of it is for BE2010.  The BE 2012 documentation from DD is not up to date yet.  I am trying to setup backups as my tape drive has had enough and is not working properly.  Anyone I have talked to just says you backup to it, then I continue finding little things that need to be done.  No verify, no precompression, some said no deduplication in the job, other said server side dedupe because DDBoost manages it with OST plugin.  Too much information and not enough people knowing what to tell me.  The DD weekend support guys don't know the software titles they just know the hardware.  I need help now unfortunately...

Question:  What settings do I use for Backups?  I have Active Directory, Exchange, SharePoint, and SQL agents.

Do you have the Dedup licence

Do you have the Dedup licence installed on your media server?  If so, you can just use the Add Storage wizard to add your device and then backup to it.  It will take care of the deduplication for you.  You don't have to define a dedup folder.  The rest would be just normal job setup.

...just be aware that BE

...just be aware that BE won't support DD Boost...this is a functionality of EMC NetWorker. I suspect you just got sold functionality on the Data Domain you won't be able to use.

Stream your servers off as individual backups at the same time or staggered if need-be. Your network speed would dictate how fast you can get your data to the DD.

You couldn't be more wrong

It's not a case of me

It's not a case of me confusing people with false information dude...I was told that by an EMC DD engineer here in my company. So I need to go back to them and ask them for details on what products do support DD Boost, as apparently it was only NetWorker that supported it properly.

Yes we have deduplication

1)  Enable the remote computer to directly access the storage device and to perform client side deduplication, if it is supported

I left it with the default for my first run through.  Jobs backed up successfully and much quicker than my old tape backup for sure.  However, I can see where allowing the remote clients to go straight to the DD box could increase my throughput as the DD has dual network connections and the Backup server only has one, making it the bottleneck.

Sorry I was a bit overt

Sorry I was a bit overt there.  Have your peeps update you cause many more than NetWorker are supported at this time.

Haha...not fussed, & cool. I will do that! Funny how a vendor tries to push all their products on you :)

You should not use software

You should not use software compression or encryption with your job because this compresses or encrypts your data before the deduplication process and compressed or encrypted data do not dedup well.

You should use client-side dedup to avoid the bottle-neck at the media server.

So what were your backup

So what were your backup speeds? You should also get better throughput if you stream off more jobs to the DD. Just work out where the "sweet spot" of that is so you don't stream too much across your LAN.

Well the jobs finished in 3

Well the jobs finished in 3 hours.  With our previous mix of direct to tape and to disk dupe to tape jobs, it would take approx 16 - 18 hours.  Dupes were always still running into production time, but load was off servers at least...  The time change is amazing!

I currently have 16 connections allowed to the Data Domain storage, which I was told is the max by DD.  I may have to cut down on the number because the media server was pegged at 90%-100% network bandwidth use and 70%+ CPU usage.

...have a smile on my face checking those stats out, and I guess so do you! :)

Not sure what your specs are like on the media server, but an upgrade can always be considered too. Not much else to do there but check that switch ports and NICs on the servers are all hard-coded to the fastest speed of the NIC, and to make sure that any AV isn't actively scanning your BE services.

OK, good to hear about the

OK, good to hear about the compressing and encrypting, because I am doing neither of them.

As I mentioned in my reply to CraigV, the media server really was pegged down last night for network and cpu.  So much that I couldn't really use the admin console of Backup Exec on the Jobs view.  It keep saying not responding when I'd try to click anything.

I am thinking I need to use the client side dedupe process, but it may be better to try just lower the number of connections to the DD box first.  It is a much less time consuming change, will not make me change any job definitions, and it will obviously still be done well before my old tapes were.

...using client-side deduplication, the media server is completely bypassed. You might be able to run some of the servers through the media (say smaller servers), and have your larger servers pass data straight to the DD itself.

I understand the concept of 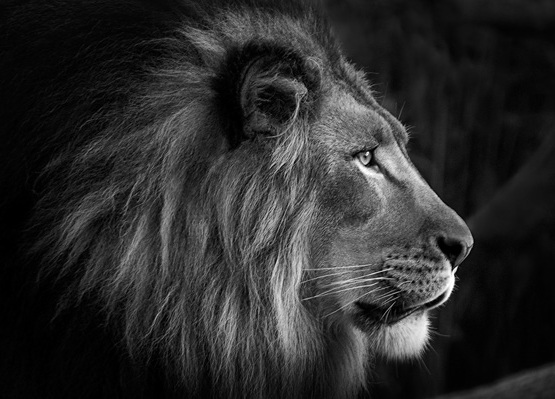 I understand the concept of what you are noting, but do you need to (if its possible) install the EMC OST Plug-in on the Client Server, so Client-Side deduplication works? I'm using BE2012 with SP1a, with all the needed licenses via Symantec for BE2012, backing up MS 2003 R2 Exchange (system partition, not data)and 2008 R2 AD Server (both with BE2012 Agent for Windows licensing, and both physical serves) to a EMC DD630 with DDboost licensing. BE2012 backups servers to defined OST Storage successfully with exceptions, "Client-side deduplication is enabled for this job, but it could not be used." Any thoughts?

I haven't tried the client

I haven't tried the client side dedupe yet, but you definately need the OST from Data Domain on the media server.  Are you asking if the plugin is needed on the remote client servers as well?  I don't know the answer to that...  Are you using the 2.5.0.3 version of the plugin?  It is not general availability (GA) yet and is currently restricted availability (RA).  You need to get this from support as it does not show in the downloads section of my.datadomain.com.

I can try one and see if I get that also.  Maybe the remote agents need to be repushed after the OST is installed?  Can anyone comment?

Thank you for your reply. We

Thank you for your reply. We have OST Driver (OST_2.4.1.0-289644_OT_windows) installed on BE2012 SP1A CASO and MMS Servers. In regards to repushing the Agent for Windows after the OST install, this has been done. As you noted in the beginning, BE2010 documentation doesn't quite line up with what I'm looking at on a BE2012 server. It may be there - but the steps are very different and I've been looking.

1) take the data and chop it up to small chunks

3) if it is a unique chunk, send the chunk to the dedup folder/device

Finally someone else that is

Finally someone else that is seeing the awesome speeds of using an OST device and not the native dedupe in BackupExec!   I should post a screenshot of my 5000-7000MB/min speeds on every day backups, using BE2010 and BOOST.

For client direct, YES the OST client needs to be on the client.  Though there are random issues where the job log says it couldn't do client direct and defaulted back to media server dedupe.

Also to note, the clients have to have connectivity to the DD box too.  Lots of folks use a dedicated VLAN or direct connect.

If you use client-direct you will see your media server CPU usage drop down, and now move to the clients that are doing the work.  This is good and bad, so try it on servers that are not heavily used first.  servers that routinely go over 40% CPU, perhaps avoid.

NetBackup, BackupExec, and NetWorker all support BOOST.  (among others as mentioned, like Oracle which is wicked cool)

Netbackup is media server only.

BE and NW can do client-direct and media server dedupe prior to hitting the DD.

However there are a few things that OST in general doesn't support widely or at all like NBU A.I.R, NBU Optimized Synthetics, etc..  These are items I think Symantec keeps to itself as a competitive edge.

Even Quantum's DXi has a BOOST like feature too.

OST is Symantec's term.  BOOST is EMC's.  But BOOST is really just an extension of OST.  Symantec will say they don't support boost in many cases, but ask them about OST and they'll back peddle and trip over themselves.  Sometimes the field SE's can be too sales'ie and just flat out lie or mislead you.  EMC included...