To help someone who may be thinking about upgrading to Backup Exec 2012, be careful.

Backup Exec 2012, while it does have a very nice user interface and much better view of the backup jobs, it has some major issues that are not yet resolved.

We did an upgrade over a week ago and we still can not compete our backups.  The issues today are:

-- The reports are not working at all.  It appears it is using the old reports or is just broken.  So no reports on media, or jobs, etc.

-- We have run out of backup space and there is NO way to manage the "media".  You can see media sets but you are unable to sort or figure out which ones you can delete. (other than just reading though the unordered list)  NOTE:  We can not run a report to view the media which was suggested as a work around.

-- There is no way to change the "retention" date of a "media set".  So we wanted to reduce the retention period for existing backups so the space on the backup to disk folder will be reclaimed.  Well since there is no concept of a "media set" in this version, you can only change the date for future backups.

-- It keeps doing "discovery" on computers we have already noted as not needed to be backed up.  Discovery runs on its own and adds machines that it finds.  Even if we delete the machine, the next time discovery runs we are deleting it again from the list.  We need to run discovery but once we make a decision on the machine, it should stop showing up.

We are committed to Backup Exec 2012 but are really in a bad way with the product right now.  So if you thinking of an upgrade, it might be better to delete you old version and start from scratch.  Or wait.

Hopefully this will prevent another user from going through this nighmare. 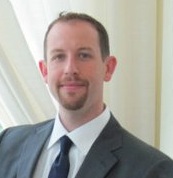 Please send me a private message with your contact information, I would like to talk about your experiences and also see what I can do to assist you.

I had a similar issue with

I had a similar issue with out of space on my backup destination.  It was a 4TB volume and said it was full.  We ran an "Inventory and Catalog" on the media and then it correctly said we only used 1.7TB.  Maybe give that a try?

Catalog has issues for us also....

Rem700, thanks for that thought.  We did try to do the "Inventory and Catalog".  While the "Inventory" part seemed to work find (it logged success) the "Catalog" part failed on four of our "backup to disk folders"

We have been working with support to try to resolve that problem.  And maybe once we get that handled it might give us a better idea of our media.

However, this is a slow process since finding the file with the problem that is reported in the "Catalog" operation, and then finding what backup set that belongs to, just takes so much time.

Anyhow, we are working that issue and trying to get that part fixed up.

Thanks for the suggestion and follow-up it is appreciated.

Just say NO. They should make the folks that developed this and QC'd it pee in a cup.

I'm 4 weeks in and still not fully operational.

Currently my upgraded jobs are backing up at 2 gig per min while my newly created 2012 jobs are 1gig per min. Things were supposed to get better not worse. WAY WORSE.

It did take some time since the crashes caused media sets to be left in a corrupted state.  When those media sets came to be re-used they caused the SP1a version to crash.

So to get stability we had to:

This took some time and once we were able to get a clean run on all the "backup to disk" folders, our crashing problem went away.  NOTE:  During these operations, it is necessary to insure the Backup Exec 2012 Configuration -> Catalog has CHECKED "Request all media in the sequence for catalog operations and CHECKED "Use storage-based catalog"

NOTE also that this process will NOT catch issues with the "IMG" files and we had two Backups failing due to missing IMG files.  Again, reviewing the job log from the failed jobs allowed us to find the list of "bkf" files that apparently referenced the 'IMG" file and were able to perform the procedure listed above.  After that runs of "Inventory and Catalog" to get things back on track.

After all this we are now having pretty reliable backups going on.

The other points in the first post are STILL issues but they are consider by Symantec to be "feature enhancement requests" and not a problem. 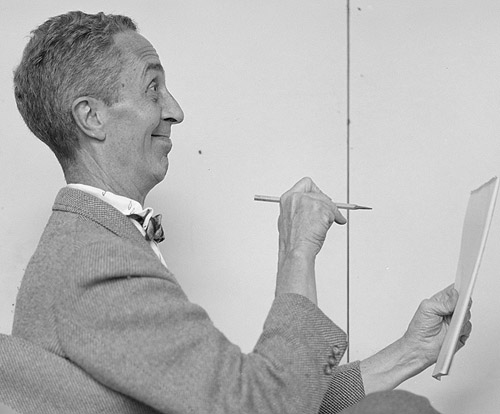 Where's disaster recovery for the disaster which *is* BE 2012? My BE 2010 elegant and beautiful scheme of selection lists, jobs, giant swappable RAID5 media sets, folders and retention is now shredded and scattered all over the screen as an incomprehensible, non-working mess. Everything will need to be tossed to start over with the senseless server-centric paradigm. I'm very disappointed in the dumbed down "ribbon" navigation so popular with non-technical home computer users. I upgraded because I really need the virtual-to-physical capability - if that can ever be made to work... Sorry for the rant. Pretty upset.

I often wish I had stayed at

RockwellMuseum, we have also been frustrated by this release and its removal of critical features needed to manage and operate a backup infrastructure.

While we view these issues as critical bugs, Symantec views them as "new features" for consideration to add to the next product cycle.

We are trying to go along with Symantec's program and posted part of our list of issues with the "Product Idea" forum.  Symantec support holds the line on "it is working as designed" so that avenue to correct the product is closed even if you have a support agreement.

We did get some relief with the SP1a and the incessant crashing of Backup Exec 2012 is now resolved.

But the product remains "unmanageable".

We have consider this...

PGuerrero, we also feel the same way.  Backup Exec 2012 has removed many of the features that made Backup Exec a very nice product.

Unfortunately, we are currently committed to the Symantec backup structure and we have to stay current with their product.  They are probably not going to support Backup Exec 2010 so we are, like you, stuck.

At this time our only options are a) continue with Backup Exec 2012 or b) examine other backup solutions.

While it is hard to make a change to another infrastructure, the amount of time we have spent and continue to spend, has reduced the barrier to consider another product.

Actually, the tech I spoke

Actually, the tech I spoke with said Symantec is going to support 2010 into the year 2015, so I will be taking most of my clients back to the older version.