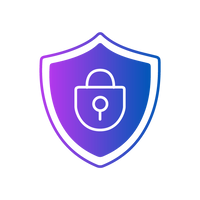 VMware vSphere encryption was first introduced in vSphere 6.5 and vSAN 6.6, enabling encryption in both virtual machine and disk storage. It only requires the vCenter vSphere Server, a third-party Key Management Server, and ESXi host to work. Security nowadays is very crucial, and encryption provides a solution towards cyber threats.  If anyone gets a copy of the raw VMDKs, it can be easily mounted on a VMware server. Hence, the feature getting widely adapted by many organizations.

For the default backup job settings, it will use the NBD transport mode and the user can also select Network transport mode with SSL. Encrypted VM using the HotAdd method can be backed up if Backup Exec server VM is encrypted as well. Permissions required - Cryptographer.Access, Cryptographer.AddDisk

SAN transport mode is not currently supported for backups of encrypted virtual machines.

File GRT and Application GRT are supported during backup & restore.

Validate VM for recovery and Instant recovery feature is also supported for encrypted VMware Virtual Machines. So with all the added security benefits to encrypting VMware virtual machines, this is certainly a security feature that most users will want to secure sensitive virtual machines running in the environment. With Backup Exec, you get a simple, powerful solution that ensures your business-critical data is never at risk of being lost, stolen or corrupted.