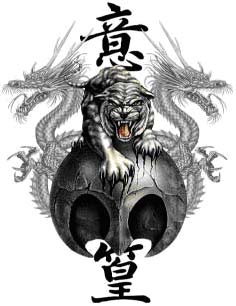 One of our customers made some changes on the media sets and have now the following issue:

The situation is that they have associated manually with drag and drop method 4 tapes from scratch to weekly set, number are detailed below:

The Library associated those tapes automaticaly to weekly set too and that is why now they can see those tapes in double. Library put those they have associated manually to offline mode.

The situation now is the following.

In offine media location they have all the media detailed above with blue font colour and with a red cross.

With the same media number 1L4, 3L4, 6L4 they have now tapes in the Keep data infinitely vault and one with number 2L4 in weekly set. It means all tapes have been used for backup and full of data.

The question is, on which way can we show for BE to correct this anomaly?

Thank you for your help in advance!
Labels:
0 Kudos
Reply
3 Replies
Highlighted

A piece of media should only


A piece of media should only be visible in 1 Media Set at a time and dragging and dropping should not be able to override this limitation (i.e. there is no way to Copy between media sets you can only Move)

However Vaults are not Media Sets so they can be in a Media Set and a Vault. They will be marked as Offline inside the Media Set if they are not physically in the library.

If you look in the All Media search does this show duplicate entries  for the media you think are doubled? As if it only shows single entries there then you may have nothing to correct.

RE: Media Sets and Vault

The situation is that they have associated manually with drag and drop method 4 tapes from scratch to weekly set, number are detailed below:


In addition to Colin's points,

When you manually move a tape volume into a media set it immediately takes in all properties of that media set, including OPP and APP

So even it the tape were brand new or newly labelled, and you move it from Scratch to a media set with APP of one week, you will not able to write to that tape for a week.

Thank Ken, I was aware of

I was aware of that. I asked the customer to send me a screenshot of the ALL MEDIA tab and it seems that actually the media appeared twice and here. The strange thing is that they appear both in one media set (weekly) and to the Keep Data Infinetely set. Also, it seems that they have created a new Media location and the tapes are there.
So, 4 tapes appeared offline ( with the x mark) and the same tapes appear to the new media location.

Thanks in advance,
Nikos
0 Kudos
Reply