I tried to create a backup job using only SAN transport mode, but it fails every time with this error:

Backup Exec creates the snapshot for the virtual machine, then deletes it, and stops the job with this error.

NBD transport mode works fine, but don't want to use it, because it's slow (1 Gb). 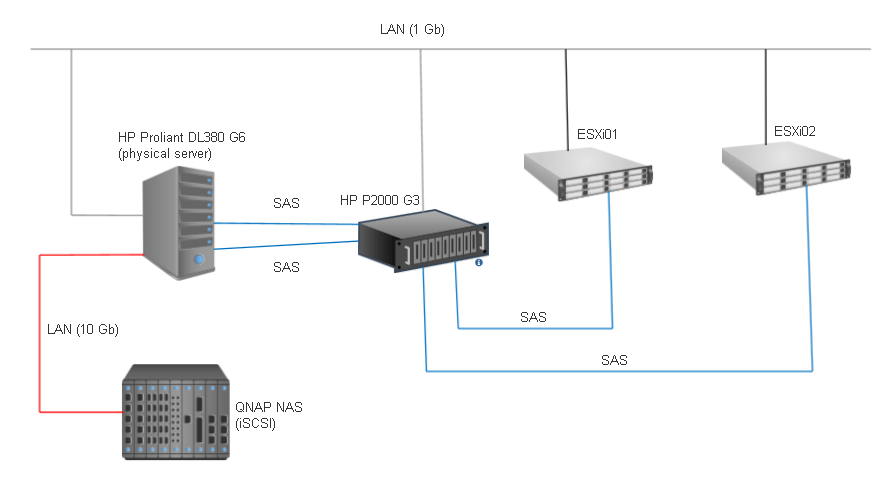 HP P2000 G3 is the SAN, which is connected directly to the backup server, and to the ESXi servers (via SAS). Also it's connected to LAN (1Gb).

I installed MPIO on Windows 2008 R2. Also ran mpclaim -n -i -a and rebooted the server.

Also mapped the SAN vdisks to the backup server (tried both read-only, and read/write), and can see every mapped disk in Windows disk management (disks show up as "HP P2000 G3 SAS Multi-Path Disk Device" in device manager).

Backup Exec 2012 is updated to SP4 (vSphere 5.5 is supported since SP3). Agent for VMware and Hyper-V is installed and licensed.

I'm out of ideas, what to try to solve this problem. Do i need to install anything else to support SAN transport mode?

Use NBD mode for the affected virtual machine(s).

The first link didn't solve the issue. NBD transport mode works for the backup job, but i need SAN transport mode to work, otherwise the 10 Gbit link to NAS (which is the backup storage) would be underutilized.

Reading the second link i need some clarification.

The article refers to AVVI (Agent for VMWare Virtual Infrastructure), but in Backup Exec 2012 i only have "Agent for VMware and Hyper-V". Are these the same thing?