Has anyone has the same issues I've had.  Hold times of minimum 1 1/2 hours.  This time I've was on hold for 2 hours when finally they answered and told me that I was on the wrong queue and put me on a different queue.  I've been on hold on that queue for over 45 minutes.  This problem was escalated but the person it was assigned to emails me one every other day asking for another piece of informtion.  He told me that if I wanted a faster response I could call for another technician - hence the 3 hour and counting phone call.  I wish I could say that this was the first time I've had such poor support.
Labels:
6 Kudos
Reply
12 Replies

Whenever I log a call, I get put through to India. The longest I have waited was 1 hour, by which time I ended up putting down the phone (I had it on speakerphone!).
It has never happened again. I generally tend to log my calls as major/critical (because not backing up data tends to be a showstopper), so maybe look into that...call them again, and tell them the call has now escalated to 1 of the 2. You will find yourself put into a different queue.
If it is a minor call, that queue is going to be longer. The more important/urgent the call, the higher up the technical support ladder you go.
0 Kudos
Reply

My experience is completely different

I've had lots and lots of issues since upgrading to backup exec 2010.  I wish it was only 1 hour, that wouldn't be so bad but since I call several times a week lately, I tend to doubt your experience.  The level of the call is critical, the one just below the top level.  It's been consistently 1 1/2 to two hours or more to get through.  Then many times, they just want more debugging reports run and they say they'll get back to me.  two to three days later, they send an email asking for another piece of information which I send quickly, then it will be another couple of days before I hear from them again.  That is why I call back again - I can't wait days for a critical call to be addressed.  On the other hand, I dealt with the Enterprise Vault team who didn't put me on hold but called me back in a reasonable amount of time and resolved the issue during the first phone call.  Same company different team.  It's obvious that the support team uses delay tactics instead of dealing with the actual issue.  If I left it up to them it would take weeks to resolve a problem.  I've been in IT for 20 years, this is by far the worst support I've ever seen.
0 Kudos
Reply

...doubt all you want. I think it probably ends up where you are in the world. I am in SA...I was on hold for 20 minutes today with a Critical call. For some reason, when I call, I end up in India, and the guys there are normally quick.
But to give you a quick indication of some poor service...we had a call open with Computer Associates for 4 months!!!!!!!!!!!!!!!!!!!!!!!!!! Not talking about a couple of hours between dialogue...I mean 1 week+...which is why by license upgrade time, I want this software turfed.
The only other thing I can suggest is opening up an Idea...and I will escalate this too!
It is something that Symantec obviously need to look at where you are. If you get good support from 1 team, you should be entitled to good support from another...
Have you looked at upping the severity level?
0 Kudos
Reply

Why call Symantec support....logon an online case with symantec and you will receive a case number and a call from symantec tech.

I had 2 critical calls and

I had 2 critical calls and ended up working on both issues myself during the week.  After 1 week I got a call back on MEMORIAL DAY when everything in the USA is closed.  I guess in India they don't realize we had a holiday.  Or, they call hours after I've gone home for the day and the message says to call back.  It's been terrible lately.

I have had numorous calls the last month or so and the support in UK is as bad as stated above. If it's critical or not you still have to wait for over an hour for someone who just wants to look at the log files then never calls back.
0 Kudos
Reply

Welcome to the Club!

I also had some calls in the evening (OK, we're in timezone GMT+1 here in Austria) and on holidays, but I was glad to get a callback anyway...

What support seems to be unable is to reply to mails or to answer concrete questions with concrete answers.
It seems DeDup is too new - like with many products using "Release 1" for productive environments isn't such a good idea.

I'm sure DeDup is a great feature if working stable and reliable, but for now it's more like a paid public beta.

I have called three times on the same issue.

Right NOW I am on hold for a critical issue and the call time is 55 minutes and 27 seconds.

This is insane - I will never purchase a Symantec product.

I had problems a couple of months back where I called and was put on hold for a ridiculous amount of time.  I called back, repeated the process.  The third time I was able to speak to a supervisor who escalated the issue and within about 20 minutes I got a call from a tech.  He was available for the remainder of the day and the next day, after the issue was fixed, I received a call from a 3rd Level tech to confirm everything was working as required.  It was painful to get but once I got it the support was good.

I have been on hold as I am

I have been on hold as I am writing this for an hour and a quarter and have yet to speak to a tech. Worse, we are paying for ENTERPRISE support. What a joke. I am looking for an alternative to BE as long as I get better support.

I agree with the coment that this product is a patch job and not intuitive at all.

Calling Symantec is a pita 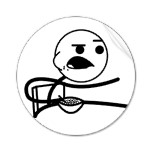 Calling Symantec is a pita regardless of the product. We got locked in to A/V and Backup software prior to me getting here and I absolutely dread something going on with the system. Typically whenever I call Symantec, its a garenteed hour plus wait. It does matter if it's urgent or critical or whatever, you are hanging out with hold music that tricks you into thinking a technician is picking up every 5 minutes or so. The forums are a godsend because most of you guys are super helpful, the kicker is we aren't even being paid by Symantec for clearly alleviating their help center.

And not to knock the guys in India, but the solutions they come up with and the reasoning for their answers is typically sub par and I usually end up requesting to be escalated. Once escalated you get someone here in the states or London typically. Once I get to second level support, usually about 3 hours invested into the issue and several call backs later, the resolution rate is usually about 50%. Backup Exec does so much weird crap that is completely unknown by Symantec itself, it's scary.

For example, NO ONE has ever provided a reasonable explanation as to why schedules that work for years if not months randomly go invalid... for no reason. Oh sure, the issue is easy enough to fix by recreating the schedule, but for craps sakes why on earth does it happen? Another brilliant thing that no one has ever explained to me is why on earth does BE use flat files in xml format for catalogs and not a SQL server that you could easily store more information in with less overhead... my BE folder is about 145 gigs right now and holds only 2 years worth of backup catalogs and good luck trying to view that folder as windows has extreme difficulty listing a directories contents when the file numbers are so high.

Symantec support drives me absolutely insane when compared to IBM Hardware Support or Cisco TAC. Thank you for the laggy forums at least, right?