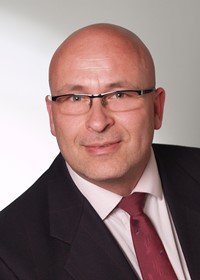 i still have a question regarding the Tapeorder in a Backupjob.

A finished job shows me that this Job takes a brandnew temporaryTape, but there are enough Tapes with enough free space in this Job and a new Tape is still not needed.

How can it be?

There are some other things that could affect you as well:

- If the job in question is set to use a different media set than the one the tape belongs to - that will cause an overwrite request as you cannot put a single tape into 2 media sets and there is a requirement to overwrite if a tape changes media sets.

- if the job in question starts when an earlier job is still using the tape, then even when the earlier job finishes the second job may not be able to use that tape as a busy tape is also not appendable at that moment in time that the available media was first checked. Of course making sure the job is set to start well after the first job finishes (as well as using the same media set and setting the append option) would solve this.

Thanks for reply and sorry for being late with my answer.

The job is not set to use a different media set and the tapes are still used only from this job. This job only use the tapes in this media set and only one tape at the same time.

I will explain it with the attached image. For example, tape AHK351L6 was created and firstly used at 13th (Diff). The 14th was also an normaly diff backup from the same Backupjob, but the Backup still uses on 14th tape AHK369L6 which was used firstly at 01th. So why did the Backup don´t use on 13th (or better on 2nd and 3rd and ...)  Tape AHK369L6 (with enough free space) until no space is available and why did the backupjob uses a total new Tape instead?

Hmm ok I have a feeling I knwo what us happening

As such every time a job starts it looks at what is available -  with an append job looking for available appendable tapes. However if there is more than one appendable piece of media available, in the same media set, when the job starts, then it does not base the choice of which tape to use on what the same job ran yesterday or how much space is free on a gven tape. It bases the choice on which of the appendable media was last written to the longest time ago. Which will means that a repetitive job may not choose the same tape to add to the next day.