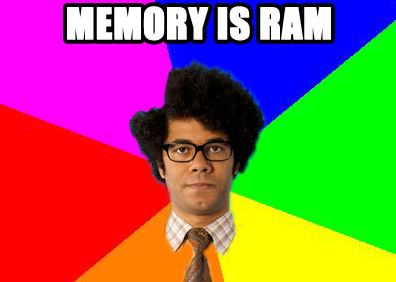 Hi all, hope someone can help. Long story short, we had to change some domain passwords on users and in doing so, the backup no longer runs. Upon further research, the disk was being "seen" as offline, even though this NAS (a QNAP device) is accessible, there is plenty of storage, and I can browse to it as the domain admin from the server that Backup Exec is installed. I can also get to it as the domain user that was originally running the backup job.

So, after tinkering with things, I just decided to delete the jobs and storage device (nothing was working that I came across under Symantec forums/KBs) and I am now stuck on trying to setup the storage device again from scratch. Every time I try to configure it, it keeps failing. I get the error and screenshot of:

Unable to create the disk storage.

You must give read and write permissions to the Backup Exec service account, and then try again.

At this point, I do not know what to do. I've tried other locations to backup to, that hasn't worked. The product is updated from LiveUpdate and I have rebooted the Windows 2008 R2 Standard 64-bit server. I don't actually understand the part about the BE service account. What is that? Where would I be able to tell what that has permission to? To my knowledge we never had to create a specific AD user by this name to then use the product over the network. Can anyone help step me through what might be the problem? Plain and simple, it just seems to not see the NAS device over the network anymore. Thanks for any help...--Kirk

When you add the server are you adding it by

clicking add on the servers tab

Hi there, Im not following you. I'm not trying to add a server. It is installed on the server already, I'm trying to add a storage device, under the main "Storage" tab and then start the "configure storage" wizard...

The BESA which is the account used to start most of the BE services should have these privileges.

You should also add the BESA to the NAS as a local admin with full read/write access to the entire disk.

PKH - I understand services running as users, local or domain, that you must define, etc., but as far as I can tell there isn't any specific BESA user running these services. I don not see anything created on this server specifically for Symantec. All the Backup Exec services are being ran under a local user as seen in the screenshot.

Like I said, we never created a local user on this server to run this product, and things have been running up to this point. Can you suggest what I need to do in order to get this to work? Sorry, I'm not a total noob but I think I need some help here from the ground up in getting storage setup and help with this BESA user. I mean, at what point would Symantec have asked to create this user or where would you even find this user created either on the server or in the program? Thanks --Kirk

It looks like the first step is to recreate the BESA

I don't know how you manage to do your backups. All the BE services except for the BE remote agent service should run under the BESA. You need to create a BESA and use it for your BE services
0 Kudos
Reply

If this doesn't solve it i would advise to reconfigure and check qnap to see if its connection with the activedirectory is still working correctly.

i have the same problem and these comments didn't help me

please if you solved your problem tell me the solution

Put all the Jobs on Hold You Would get an Info as There an Active Job Running. Target the Job and Kill it.

Issue Might Also Occur it the Server is Paused. Pause the Devices Under Storage Tab. Un-Pause and Restart the Backup Exec Services.

These Solution Should Work.

thanks for the reply but that is not my problem

the storage can not be added I already provide all permissions to destination folder, but still facing above mentioned error.

use same Windows Logon credentials on both server machines

When you say use same Windows Logon creds

are you saying use the same for the

1)System i want to backup

2) the Device i want to backup to

I was faced with the same "..does not have read and write permissons" error last week.

Jobs were failing trying to write to these shares after working for months.

The steps I took to resolve this were:

If ping ok, from command prompt:

Enter pwd for your BexServiceAccount

type some text then ctrl+z

If your credentials are correct, it should write the atest.txt file to the NAS share and confirm the account does in fact have valid permissions.

If this works, then from the BEX media server, go to Windows explorer and browse \\ip.ad.dr.ess\Full

If not, add it with full rights.

Do this on all shares on the NAS that BEX will use.

In my case, I created a third "Stub" share folder on the NAS's web config page.  I was then able to add this share as \\ip.ad.dr.ess\Stub to the Storage devices in BEX.

I took the the two \\\\ip.ad.dr.ess\Full and \\...\Incremental shares OFFLINE in storage and pointed the jobs at the Stub share.

I deleted them (the two problem shares) from storage in BEX

I then went into the two \\\\ip.ad.dr.ess\Full and \\...\Incremental shares via the windows explorer on the BEX media server.

I believe this recreates the folder.cfg and changer.cfg properly which I assume had become bad.

Jobs then ran correctly to the shares as before.

I have also found, in the month that I been playing with BEX, that when the NAS gets low on storage (<10% free) these cryptic errors manifest more frequently.

Hope this is of use to someone following the same path.