I'm aware that when you back up small files you dont get the speed, which is why I assume Im getting slow backup speeds with system state backups. However is there anyway of speeding this up a bit...(I have a gig linked NAS config). When Im backing up general users file store stuff I get a massive 2GB a min. This slows down to 23MB/Min when doing system state and a few boxes that I have smaller file stuff on....I would mention that I have formatted my NAS box with 64K clusters.

Re: backing up system state on D2D backup strategy

Confirm that the controller is rated for the tape backup hardware and that the SCSI Bios settings are set properly. Newer models of SCSI controllers are set to communicate with SCSI hard disks by default. Most tape drives can only handle a maximum sync transfer rate (bus speed) of between 3 to 22 MB/sec when utilizing hardware compression. Speed in excess of this will not only affect the ability for data to write to the tape in a continuous stream, but can also potentially damage the tape hardware.

Enable disconnect and enable Sync Negotiation in most cases should be set to No.

Initiate Wide Negotiation should only be set to Yes when the tape device is connected to a 68-pin wide SCSI cable connector.

A tape drive should never be connected to a SCSI Raid Controller.


Disk/File Fragmentation - Fragmented disks take a longer time to back up. Heavily fragmented hard disks not only affect the rate at which data is written to tape, but also affect the overall system performance. Fragmented files take longer to back up because each segment of data is located at a different location on the disk, so instead of simply reading block after block of data, the heads on the disk must travel to a number of places to access the data. Performance can usually be improved by performing regular disk defragmentation.

System activity during backup will also slow performance on your tape drive.


The average file can potentially compress at a 2:1 ratio when hardware compression is used. Higher and lower compression will occur depending on the type of files being backed up. Average compression can double the backup speed, while no compression simply runs the tape device at its rated speed.

Image and picture files are fully compressed on disks. Therefore, when backing up these types of files, no hardware compression takes place, which means that the tape drive is operating at its native (non-compression) rate of speed. Hardware compression is performed by the tape device and not the backup software.

Image files from a graphical program like Microsoft Paint, may compress at 4.5:1 or more, while binary files may compress at just 1.5:1. Data that has already been compressed or random data (such as encrypted data or MPEG files) may actually expand by about five percent if you attempt to compress it further. This can reduce drive throughput.


f. Size and Number of Files


The total number of files on a disk and the relative size of each file can either speed up backup or slow it down. The fastest backups occur when the disk contains a few large size files. The slowest backups occur when the disk contains thousands of small files. A large number of files located in the same directory path will back up more efficiently compared to backing them up from multiple locations.


The backup speed for a remote disk is limited by the speed of the physical connection. The rate at which a remote server's hard disks are able to be backed up depends on the make/model of network cards, the mode/frame type configuration for the adapter, the connectivity equipment (hubs, switches, routers, and so on), and the Windows NT 4 or Windows 2000 settings. Local disk drives on the Backup Exec Server can usually be backed up at a higher rate of speed than backing up remote servers across a network.


What is the Optimal Throughput?

Host processor speed, host adapter performance, bus configuration, host software, and disk drive characteristics and performance are all considerations. On many systems it is possible to get a sense of the maximum data transfer rate possible, regardless of the tape drive, with a copy to a null file from disk. When this rate is lower than the throughput specifications, it is likely that improvements will have to be made in the host before the drive can reach its maximum transfer rate.

To test the performance of the local system and network drives, perform a test backup that best suits an optimized backup rate. An example might be a backup of a few large files, which will compress at a rate of at least 2:1 ratio on a disk relatively free of fragmentation, and not having any other activities performed at the same time. To calculate the optimized compression backup rate, multiply the native tape drive speed by two and then multiply the result by 60 for an MB per minute rate (then multiply by 60 for a GB per hour rate).

This calculation is a maximum theoretical rate that may not actually be attained due to normal overhead factors like opening/closing of files, other simultaneous activity, slow network speeds, backing up files that are already compressed, and either I/O or tape errors.

1. Make sure your tape drive is properly defined for the host system. It is common for a SCSI host to disable the adaptive cache on the drive if it doesn't recognize the product identification string returned by an inquiry command. This cache enables features like drive streaming to operate at peak performance. See your product manual for more details on this.

2. Put the tape drive on a non-Raid controller by itself

3. Make sure that the settings are correct in the controller's Post Bios Setup Utility

4. Make sure that the proper driver/Bios update for the SCSI Controller have been applied

5. Confirm that the proper cabling/termination for the devices are being used

6. Update the firmware on the tape drive to the latest level. In some rare cases, the firmware may actually need to be downgraded to improve performance.

7. Check the Preferred Configuration Settings for the tape drive and verify that they are set properly

8. Check the tape drive and tape media statistics to see if errors occur when backups run. If excessive errors show, the SCSI Controller Bios Settings, the Device Drivers, the Bios/Firmware Level, or the type of tape media being used may be incorrect for the tape device.

9. Run erase jobs on tapes and replace tape media as per the manufacturer's recommendations

10. Check the Windows NT or Windows 2000 System and Application Event Logs for warnings/errors. Event IDs 7, 9, 11, and 15 in the System Event Log usually indicate that there is a hardware problem.
Please refer to the following technotes:
- What VERITAS Backup Exec (tm) settings can be modified to reduce the amount of time it takes for a backup to run?
http://seer.support.veritas.com/docs/249090.htm

We hope this will help.

Please update us on the issue so that If the issue still persists we can troubleshoot the issue further.

If we do not receive your intimation within two business days, this post would be presumed to be answered and will be marked as assumed answered and archived.

Re: backing up system state on D2D backup strategy 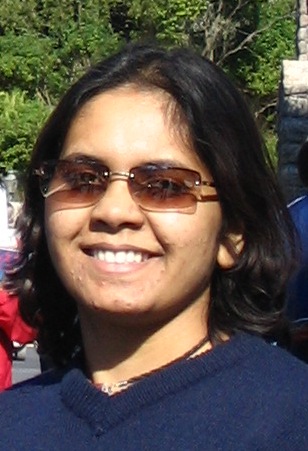 As per our previous reply, marking the case as "assumed answered" and moving it to "answered questions" pool.
0 Kudos
Reply