Yes, that is correct.  This

Yes, that is correct.  This happens when you do searches with the "include items already captured" option. 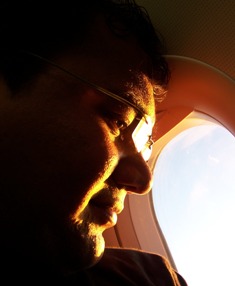 Discovery Accelerator 8.0 SP4 didn't had functionality of De-duplication during Export/Production run. That was introduced DA 9.0 onwards. So de-duplication of results is definately not the reason.

Items to be exported is always decided on the basis of selection crieteria that you have used before running the export. For example, DA Export screen given you some of the following options.

- Export items which are Marked as Relevant / Not Releavant

- Export items which are last marked by User1 / User2 .

Due to the options you have selected in that page, number of exported items will typically be the subset of the total discovered items in that case.

Before the Discovery Accelerator performs the export run, it up-front tells the count of items which get exported ( as well as the crieteria due to which they were added in the export run )

I would request you to confirm that with you expectation. If you still have have doubt then we would proabably require some example like Crieteria selection, Total number of items in Case, Total items to be exported due to the run.

This will help us understanding you problem better.

Hi Alok, Thanks for

Thanks for responding.  I ran the 'Searches Report' (http://www.symantec.com/business/support/index?page=content&id=HOWTO17471) and found that the '# of unique hits' equals the number of items that results when the customer performs an export.  So it seems like if she has a prior search that contains an item and the same item is found in the next search then that item will be omitted from the export.  Is this correct?

Yes, that is correct.  This

Yes, that is correct.  This happens when you do searches with the "include items already captured" option.

Tony,  I am hoping for a

In her case, I do not see any value in selecting this option.

One thing to note, items

One thing to note, items Pending Acceptance will not be eligible for export.

Selecting Include items already in review is very usefull if you want to do an export based on a specific search.  You can also use it to narrow down what is in the review pane by selecting the search facet and picking what searches you want to see in the review set.