Following the documents, and having tested this in our demo-environment, I calculated about 4 to 5 hours to perform the complete action.
As usual, a small thing was different, which caused headaches, raised blood-pressure etc.

After moving the databases, editing the registry key, running a script to updated the fingerprint database and the monitoring databases, we were ready to start the 1st ev-server, to change the settings there.
Start (on directory server) Admin and Directory service. Checked eventlog, no problem
Started Vault Console, no problem
Changing the SQL-Directory-server (rightclick the sitename, Change Directory Server) worked fine.
Changing the database server on the Vault Stores worked fine.
Started the other services, checked eventlog...... problem.
A collation error was reported. Checked using deploymentscanner, ALL databases had collation-errors.... wtf.

Called SQL support. They noticed also. We checked, and it turned out that the SERVER collation of the two (old SQL2000 and new SQL2008) were different. The best way to fix this is to re-install SQL.....
As second option, we took the script from Symantec to fix collation issues before upgrading. Unfortunately the script is not written for large(r) databases, so it took a while. Deployment scanner was fine. Started services (this was around 14:30, so it looked good..)
Checked eventlog again, again errors.... some errors with 'not allowed NULL in value' etc. Did something go wrong when restoring/mounting db's? Did something go wrong in running the script? Did something else go wrong.

I asked SQL team to look into this for 1 hour. If that did not fix, we would have gone back to the old situation (which would have been a relatively quick operation, as the old db's were still there) and further investigate. Luckily the dba's are reaLLY GOOD, so they quickly wrote a script that checked to see where nulls were not allowed, and what the values on the sql2000 db's were. Where necessary, they fixed it.

When we went home at 17:00, it looked to be running ok. As precaution, the tasks are still in report mode, including the journalarchiving tasks. We;ll see about that tomorrow morning. I just hope it will work as expected, otherwise we're getting into trouble with journals...

So, besides making sure you have tested this, have goodf backup,s, MAKE SURE THE COLLATION IS THE SAME ON BOTH SQL SERVERS.
I do not believe this is well documented by Symantec. I did see a post of someone stating the above.

I will tomorrow add some of the errors I have seen.

When you can check this document to reflect the collation between the SQL-servers, that would be great.

Closing this thread. Problems have been resolved by rebuilding indexes.

Hi, What version of

Also you should note that

Thanks. but it is indeed 8.0SP2 with hotfixes.
I know of reporting, we currently are not using this. As far as I know it is running now. I am a little surprised that it is not clearly stated that the collation needs to be equal anywhere. I am lucky to have very good dba's, who can fix this themselves.

As stated, I'll post some things to look for tomorrow, then close this entry.

Gertjan When you installed EV 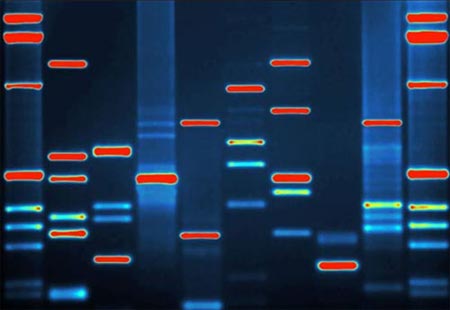 When you installed EV or when you ran an upgrade you must have had all DB's on the same collation otherwise the instal/upgrade would have failed, or you would have seen it in the deployment scanner prior to your install/upgrade. So I guess somehow they have changed since. Not a DBA so not sure how this would have happened.

Realise this is not stipulated in the SQL move Technote maybe if you post the TN number you followed we can update it.
0 Kudos
Reply
Accepted Solution!

When you can check this document to reflect the collation between the SQL-servers, that would be great.

Closing this thread. Problems have been resolved by rebuilding indexes.