Next Version, when and what 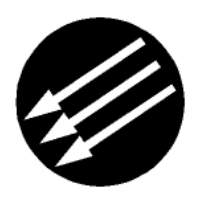 
We have been waiting on the next version to be released. We also want to know the specifics of the compatibility requirements, What OS’s it works with, SQL versions etc. v8.0.x was prety much Windows 2003 SP2+ and SQL 2005 Std if you wanted everything to work.

The requirements of EV9 will be almost the same as EV8 currenlty is.
See current compatibility charts: ftp://ftp.support.veritas.com/pub/support/products/Exchange_Mailbox_Archiving_Unit/276547.pdf

I believe EV 9 will be release on August 30th

Your above mentioned OS and SQL are compatible (well they were in Beta). EV9 will only support Exchange 2010 SP1 not the RTM so you will have to upgrade Exchange 2010 if you have it deployed to SP1 before it is supported
0 Kudos
Reply

There is a section towards the end of the Compatibility Charts which discusses the "current" thinking towards EV 9 requirements/differences.
Working for cloudficient.com
0 Kudos
Reply