Sign In
Turn on suggestions
Auto-suggest helps you quickly narrow down your search results by suggesting possible matches as you type.
Showing results for
Search instead for
Did you mean:
Article Options
How technology changed me
Ameer Robinson (ameerrobinson)
Employee

In honor of Black History Month, my colleagues from BLEVE (Black Employees at Veritas Empowered) will be sharing our stories and perspectives, as they relate to this year's theme: The Black Family: Representation, Identity, and Diversity. BLEVE—an employee resource group at Veritas—supports the professional and leadership development of African-American employees.

Technology has always been a part of the Black Diaspora—from Garrett Morgan, the son of slaves who invented the predecessor to the first firefighter's helmet, to the space program as an agent of change. Once presidents Kennedy and Johnson passed laws to open the workplace, NASA and NASA contractors could hire African Americans. As part of the West Area Computing Unit, Katherine Johnson, Mary Jackson, and Dorothy Vaughan were instrumental in providing the Mercury Mission's trajectory analysis (as shown in the film, Hidden Figures).

My love of technology started with my Uncle's boombox, 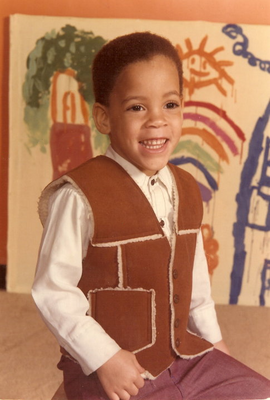 equipped with a black and white television. I was astounded to see a television fit in such a small, portable form factor. Keep in mind, this was the mid-'80s, and not everyone had technology at their disposal. My passion for IT continued to grow as I read Sci-Fi novels and fell in love with the idea of technology. One of the first pieces of technology was a Gateway computer in the early '90s, gifted to me by my grandmother after seeing how much I was interested in computers. Technology has played a critical role in my life, from childhood to college, and eventually my career.

As I reflect on Black History Month, I am inspired by those who shared my passion for the technology of their time. Their enthusiasm for technology led to remarkable inventions and revolutionary technological advancements. My interest in technology led me to Veritas, helping customers accelerate their digital transformation and solve pressing IT and business challenges.