Sign In
Turn on suggestions
Auto-suggest helps you quickly narrow down your search results by suggesting possible matches as you type.
Showing results for
Search instead for
Did you mean:
Article Options
81% of data stored by UAE organisations is unclassified despite improvements in data management.
James Blamey (JamesBlamey)
Employee

Today we unveiled the findings of the new 2018 Veritas United Arab Emirates (UAE) Databerg Report, which underlines that dark data – whose value has not yet been identified – accounts for the majority of data (48%) that is stored and processed by organisations in the UAE. The findings highlight the vast and as-yet-untapped potential to leverage the prevalence of dark data, to drive transformational growth across the region, the report finds; 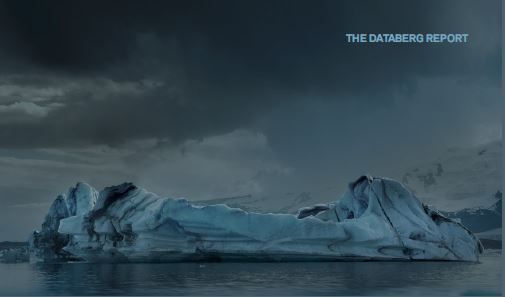 One hundred respondents in the UAE, covering all key sectors – including government and business – were surveyed for the report on enterprise data management. It focuses on identifying the pervasiveness of ‘Databergs’ – reflecting the data hoarding culture – and the risks associated with allowing data growth to continue unabated.

The survey highlights that while dark data accounts for 48% – compared to 52% globally – organisations in the UAE are taking more control of data. Clean data – which has been tagged or classified – has more than doubled from 8% in 2016 and now stands at 19%, which has led to a significant reduction in Redundant, Obsolete or Trivial (ROT) data decreasing from 43% to 33% in the past two years.

In other key findings, the report points out that the public-sector entities carry the most burden with 42% redundant data, followed by industry (36%), finance (33%) and utilities (30%).

While finance sector entities store 58% of their data as classified or tagged, public sector entities come second at 53%. On average, more than half the data (52%) that organisations store is classified or tagged. On average, just over one in three (36%) of all organisations removes redundant data regularly on a monthly basis. Nevertheless, efforts to clear obsolete data is gaining speed; 59% of public sector firms clear unnecessary data every month, while 50% of utility firms do so every quarter and the other 50% annually.

Other highlights from the study include:

Dependency on cloud storage is accelerating faster in the UAE than expected: While 38% - just over one-third - of organisational data is currently stored in the cloud, this is expected to increase to 55% within the next 12 months. This is a significant increase over 2016, when only one in five organisations had cloud storage and processing – and the rate of cloud adoption was expected to rise to 27% in 2017. Leading the way in cloud storage is the public sector, which has nearly 42% data in cloud currently with the usage set to increase to 62% within the year, followed by industry (to grow from 38% to 57%), utilities (48% to 58%) and finance (36% to 49%).

Top Three Concerns Around Cloud and Security: The top three concerns in using the cloud are security, increasing cost over time and lack of visibility while the benefits, as observed by Chief Information Officers, are that they provide a better technical vision within their own organization, and reduce recovery, back-up and overall IT costs. More than half of CIOs surveyed said cloud providers offer better service levels than their organisation.

Majority of Organisations in UAE have two clouds: The average number of clouds in use is 1.9 per organisation, with 69% of UAE organisations depending on Google followed by Microsoft at 59%. Nearly 71% of public sector firms and 82% of finance companies in the UAE rely on Google. Large organisations increasingly prefer to place all modern workloads on public cloud and yet 50% of organisations say managing cloud should be a shared responsibility.