Sorry if this is a repost, unable to find it.

I have a Sun SL8500 with LTO2 drives and a mix of HCART2 and older HCART Tapes, The Robot is controlled using ACSLS. I am unable to Restore Data from the HCART Tapes in the LTO2 drives since they are setup as HCART2, my reasoning for doing this is so no data would be writiten to those older tapes. I am able to manually mount/unmount the older tapes but Through Nebackup 5.1mp2 for Linux a request to restore from HCART tape just sits as pending request. I seeing nothing special in the logs to indicate any error. Am I going to have to Separate one Drive in it's own storage unit just to do restores from older 1/2 inch tapes? Thanks.
Labels:
0 Kudos
Reply
5 Replies

Am I going to have to Separate one Drive in it's own storage unit just to do restores from older 1/2 inch tapes?

Try the below if you have a HCART media which doesn't matter even if the Data on it is lost....

Another way to do so is by Copying the Catalog of the tape (Copy only the catalog specific to the tape) to some other Folder then expiring the tape and delete the media from the Media Manager....Then reintroduce the tape.... this time the Tape will be recognized as HCART2.....Put the copied catalog back to images folder back.......

If you get any chance to try the above pshysic suggestion please post back the results.Message was edited by:
Mayur Shinde
0 Kudos
Reply

Storage units don't come into play during restores so that's not an issue here. The main point is that NetBackup won't mount a tape unless the media density matches the drive type, i.e. HCART to HCART or HCART2 to HCART2.

However, you can change the drive easily "on the fly." Prior to the restore, just go into the properties of one of your drives and change it from HCART2 to HCART. When the restore is complete, change it back and it will be ready for the night's backups.

It really is as simple as it sounds.
0 Kudos
Reply 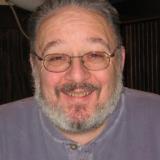 Use the Mojo Magix

thanks everyone!
0 Kudos
Reply

Mojo, For the most part you are correct. Unfortunetly to you have to restart the media manager service if you want to change from hcart2 to hcart. Is there a way around that?
0 Kudos
Reply