IntelliSnap backup enables you to create a point-in-time snapshot of the data used for backups. An effective way to back up live data is to quiesce it temporarily, take a snapshot, and then resume live operations. IntelliSnap backup works in conjunction with storage arrays to provide snapshot functionality for backup. 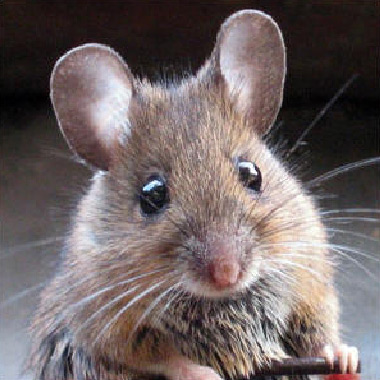 The short answer yes it does and have had it many years before IntelliSnap, the latter in fact more of a framework with various technologies behind it. NBU just doesn't always cover everything under flashy branding, there was that FlexSnap attempt and Snapshot Client perhaps 20 years before that, but there were exceptions in those, too. Basically yes, it is there. SCL/HCL is your friend if you are looking to confirm support for a specific HW or SW combination.

This is another one of those "Ah yes BUT" topics about NetBackup.
I've personally been dragged through mud in multiple occasions, trying to balance customer expectations and Veritas staff's attampts to contradict me about this topic at every step.

Dramatic reenactment (skip this part if you want):
Me: NetBackup does not support SAN-Lun-level snapshot integration for VM-level backups (VMware vmdk or Hyper-V vhdx), unless you are using NetApp storage.
Veritas: That's not true. NetBackup supports SAN-Lun-Level snapshots. Look, it says here in the compatibility matrix as well as in the NetBackup_AdminGuide_SnapshotClient.pdf document.
Customer: So does it support it or not?
Me: This feature is only for physical hosts mounting SAN-Luns. It's not for VMs.
Veritas: That's not true. VMs with RDMs (pass-through disks) work fine.
Me: Ok, yes, that too, but that's not really a VM-Level backup.
Customer: I'm confused, so does NetBackup support this or not? We just want to backup our VMware VMs with SAN snapshot integration.
Me: Short answer, no.
Veritas: What are you saying? Short answer yes, Mr. Customer, yes NetBackup does support backing up your VMs.
Customer: Cool, can you do it LAN-Free too? Like, the backup traffic to go through the SAN frabric instead of the LAN network?
Veritas: Yes, of course, NetBackup supports SAN-Transport mode for VMware VM-level backups. Entirely LAN-Free. SAN-Lun integration right there. No worries.
Customer: Veritas says yes, so... everything is fine? Case close?
Me: S-Sure... Silly Ole me..!! HaHAHA. (Kill me now)

So here's the thing:
With the the other brand features such as Commv***t's Inte***Snap or Ve**m's Storage-In**gration, during VM-level backups, the backup software actually causes a SAN-Lun-level snapshot IN ADDITION to the vmdk-level snapshot.
The benefit of this over just doing a vmdk-level snapshot is that with the SAN-Lun-level snapshot method, the vmdk-level snapshot could be destroyed/consolidated very quicky, thus sidestepping all sorts of problems associated with long vmdk-snapshot-consolidation times. (I.e., the longer a vmdk-snapshot exists, the longer it takes to destroy/consolidate it, and the more likely all sorts of Datastore performance and capacity problems could arise.)
The backup traffic traveling over the SAN frabic LAN-Free is just a build-in thing with these solutions. They're not called "SAN-Transport" but the effect is the same.
Note: The term "SAN-Transport" is a VMware term that specifically describes backing up a vmdk-snapshot via SAN using VMware's VADP API. Since the above SAN-Lun-level snapshot methods do not actually trigger VADP's "SAN-Transport" mode, they are not called that. Instead, they use their own methods to backup directly from the SAN-Lun-snapshot. The end result is the same, which is that the backups go through the SAN fabric, LAN-Free.

With NetBackup and VMware, only the vmdk-level snapshot is created during a backup, there is no SAN-Lun-level snapshot. And with that, NetBackup uses VMware VADP "SAN-Transport" mode to achieve LAN-Free backup of the vmdk-snapshot.
Since the vmdk-snapshot is not destroyed/consolidated until after a backup is completed, the snapshot-consolidation process could take very long especially for large VMs with heavy disk I/O during the backup period.

So what does it mean when you say NetBackup supports SAN-Lun-level snapshots in very specific cases?
This specific NetBackup feature is called NetBackup Snapshot Client.
To keep it short, it is only for the following situations and/or conditions:

What about the other Netbackup feature called NetBackup Replication Director?
This does actually support SAN-Lun-level snapshot + vmdk-level snapshot backups, but currently it only supports NetApp hardware.
Besides, I get the feeling the focus is now moving towards integration with CloudPoint, which is another Veritas product.

Yes, so what about that other thing called something something Snapshot Management CloudPoint integration??
This lets NetBackup control some of CloudPoint's snapshot operations. But sending the CloudPoint snapshots to NetBackup storage-units (such as deduplication or tape) is not currently supported. So, yea, this feature not for sending data to NetBackup to... backup.

TL;DR I just want to backup mostly VMs, so can NetBackup integrate with SAN hardware snapshots for the backups or not???
In most cases, no. (Unless you're using NetApp).
You can still backup using SAN-Transport though, but that's not a "SAN hardware snapshot".

I totally agree with RLeon.

This is a debate running for years between people how knows netbackup and symantec/veritas presages.

There is no way, at this moment, for netbackup to do the "double snapshot" unless you use netapp or you script it.

Wow, this is a pretty cool rundown and I partially agree, the number of supported use cases was sufficient in my practice but I did quite a bit of VxVM/VxFS on the side, too and, the original question did not have VMware in it, hence let me also drop a couple of points around what other vendors do/don't do and what is supported or not.

First of all, not sure if VMware ever supported HW snaps below the VMware datastore VDDK-driven snapshot, the first problem is always going to be that if it's SAN (not NFS) then the entire datastore needs to be snapped. This I asked CV a few times and they've recommended slicing a number of datastores and place VMs accordingly for this to work effectively not to waste too much backing store on the array - a management nightmare. Then this VMware "support" turns tickets down if it's not vanilla VDDK but double synchronised snapshots. Big shops don't like being on their own or make CV to solve VMware problems. Also, why wouldn't EMC make a similar thing, to help sell heaps of storage and their snapshots, might be their struggle of getting that CBT-on-restore supported with the company they own (?).

Mouse, I do not want to argue with anyone in this forum, but I have to say that this is why Veeam is a company that shells so match. Because veeam thinks outside of the box.

I'm not saing that is easy to implement. I have done it my self using scripts. It is hard and has many restrictions

But I'm sure that veritas engineers can give this enhancement and document all prerequisites.

It seems to me that the thread has drifted way off the original question, which was can NetBackup take a snapshot now, back up the snapshot later? In that case it amounts to what can SLP do in this area? I'm not enough of an SLP expert to answer that.