After an incorrect shutdown, power outage, the master server (media server as well) began to give status 84 with two virtual machines, which I created in a new policy and they began to work without problems, but I realized that in the credentials section-> storage server-> deduplication ratio, it only shows 0.1x this despite the fact that in the activity column it does show the deduplication percentage correctly, as well as in the opscenter analytics reports, I have no errors in the backups but it has me intrigued that information.

What kind of deduplication storage do you have? MSDP or some OST appliance?

What do the Detailed Status of the jobs show for dedup % now? And what dedup % were the jobs showing earlier? 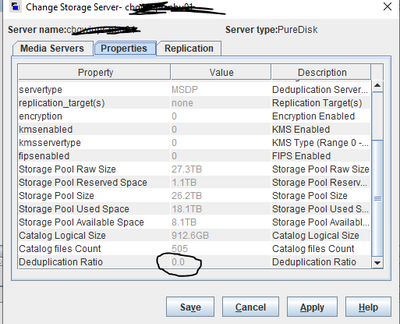 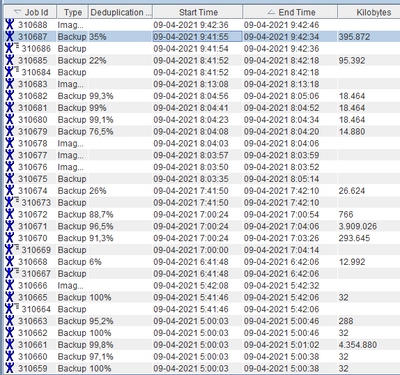 Apologies as I'm trying to remind myself from memory, as we moved away from MSDP about 4 or so years ago.

Also, take a look at the storaged.log for anything issues.

I think I already know what happened, looking at the file _info_.2 (databases \ catalog) I assume are counting files from scratch. since all other diagnoses do not show any errors.