I'm trying to coordinate the creation of backup Snapshots when I backup two seperate, but related volumes of data.  Because we're running NBU 7.7.3 on Solaris, and Netapp cDOT 8.2, we cannot do CAB (Cluster Aware Backups) until we upgrade to cDOT 8.3 sometime in the future.  Which is a pain.  I've got two volumes, Foo & Bar, which need to be snapshotted at the same time, but are on seperate nodes.  Would using a parent policy with two sub-policies be the way to make this happen?  We don't need the actual NDMP backups to be in parallel at all.

I've been looking at the docs, and we've done bpstart_notify.<POLICY> scripts in the past, but I'm a bit stumped on how I should do it now?

If we put both volumes into one policy, then it won't run properly because the policy is bound to a single Node on the Netapp.  And of course we have the volumes spread across multiple nodes.

Back then you could backup the volume snapshot by use /volume/.snaphot in the backup selection.

We thought about setting up a policy to schedule two backups at the same time, but what happens if there is only one tape drive available?  Only one policy will fire and the snapshots won't be coordinated.

Right now I'm trying to write a script to do all the pre-setup of the volumes, which is to create a pair of flexclone volumes at the same time.  Then it runs bpbackup -w 0 -i .... to run the two policies.  Now I'm running into the problem where even though the path is there, it fails.

Does anyone know if NBU keeps track of the volume 'dsid' value?  So even if the path is the same, if the dsid is different, it fails to do the backup.

So what might be even better is if I can just create a snapshot on the parent volume and point NBU (7.7.3 Sparc) to the full path of that snapshot which I've created, and backup that instead using NDMP.  This was trivial in CommVault 8 & 9.

Do I need to install the Snapshot director module?  Gah!  What a pain! 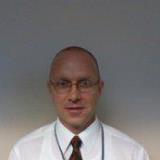 It sort of sounds like a crontab entry that executes a script or references both policies would be able to start them at the same time. Just make sure you give it a really high priority and maybe find a way to dedicate media server and tape drive resources to it so it's insulated from resource competition/contention.

So this is what I've done and it almost works reliably.  Basically, I have a script called by cron which creates two flexclone volumes off the two parent volumes at the same time (within a few seconds of each other) and then kicks off the two dedicated policies which then do the backups.

Worked great  for two days, but now I'm getting error 23 when I run the script again.  It's as if Netbackup doesn't like the name or path or volume ID and thinks that it's not the same volumes to backup.  What a pain!

Does anyone know if I can tell Netbackup to just backup a specific snapshot instead?  If I give it a path like:

would that work?  Time to test it out I guess.

And the answer is no... this is frustrating because I can do stuff like this under 7-mode, but the documentation for cDOT (Cluster OnTap and NetBackup is annoying vague).  Here's the logs: