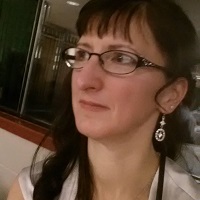 We're planning to move to an Exchange 2013 DAG from our current Exchange 2010 CAS/Mailbox server setup. We're using NBU 7.5.0.7 with GRT to backup our Exchange 2010 environment; it's working great.

I see from this forum post https://www-secure.symantec.com/connect/forums/exchange-2013-and-grt that as of NBU 7.6.0.3 and up, Exchange 2013 is supported with GRT (allowing for single-item restores).

My question is, has anyone been able to restore from an Exchange 2010 GRT backup into an Exchange 2013 (will also be GRT-based) environment? I thought I would ask here before contacting support.

I doubt whether this would work, because MS will very likely have introduced significant schema changes to the MailStore databases across major versions of MS Exchange.  By all means test, and post back, but I wouldn't test it in production.

Exactly what service pack and/or roll-up are your two MS Exchange servers running?

Here's a thing... I believe (but anyone else please feel fre to correct/advise)... that even sometimes going from for example MS Exchange 2010 SPx to SPy will mean that one won't be able to restore any of the prior backups taken (whilst MS Exchange was at 2013 SPx) back in to MS Exchange which is now 2013 SPy - this is just an example, and I don't know this for sure.

What is clear, is that if this is true, then this is NOT a NetBackup issue, as all backup products will have this problem - because it is to do with the way that the MS Mailstore databases are structured - i.e. the database schemas, and the schema changes that MS may, or may not, implement from version to version of MS Exchange Server.  The only way to confirm this for sure, would be to read the release notes for MS Exchange, and see if MS make clear statements regarding version to version inter-operability.

...where XXXX could the the NetBackup verson, and YYYY could be the MS Exchange version, e.g.

Are there any NetBackup MS Exchange gurus who can comment on this?

Yesterday was fun with searching. It turns out that yes, as of NBU 7.6.0.3, GRT is supported with Exchange 2013. However, we'll probably upgrade right to the most recent GA, 7.6.1.

We're running CU7 (not the failed experiment which was CU8 ha ha) on Exchange 2010 SP3.

I see your points about the changes in schema, etc, but man! It was a pain for us to go from Exchange 2003 to Exchange 2010 as they were totally incompatible in terms of restores. But it was a huge jump so I kinda get that. I'm hoping the move from 2010 to 2013 isn't so large...

The NetBackup Compatibility Database SCL was re-issued four days ago, on Feb 24th:

LOL thanks for your posting! I did get this reply from support also on the 2nd:

In the middle of testing, and preliminary tests are positive! I was able to restore a mailbox item (email message) from an Exchange 2010 mailbox to an Exchange 2013 mailbox! Exciting!

Cool.  Glad it's doing what it's supposed to do.

Can I be cheeky and ask for more detail re versions...

Not being fussy - just curious to know exactly what has been proven to work (but without going into super detail about topology).

Great detail, and awesome summary.  I'm sure it will prove useful to others to know what can be done.

My testing (NOTE: all was done with images created with GRT and were still on disk):

I hope this is what you were looking for!  (Unfortunately I'm not out of the woods yet - we have 2 mailboxes in one of the DBs in the 2013 DAG environment but I can only see one. :(  Working with support on it now.)

Turns out that if a mailbox is "Hidden from address book" GRT backups will neither see or restore it. One of those little "gotchas" that's good to be aware of. The tech I spoke with believes that a hidden mailbox would be available in a database-centric backup (not GRT).