OpsCenter reporting removed drives as DOWN 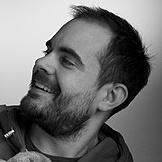 We run NetBackup 7.0.1 and OpsCenter Analytics 7.0.1. We have 49 drives spread out over 3 tape libraries (24+24+1) working well and having all paths UP. However, during some testing we had an additional tape library with 12 drives attached to our media servers and configured in NetBackup and now that the tests are completed and the tape library has been removed from NetBackup and disconnected from the master and media servers those 12 drives show up in OpsCenter as DOWN.

Looking forward to any ideas on this problem.

We already have an open case with Symantec.  We run NBU 6.5.6 on our master and OpsCenter 7.0.1 on a Windows server and have had similar problems:

We have one tape drive that used to belong to a decommissioned media server that is still showing up in OpsCenter, and as "up", but the library and drive no longer exist in NetBackup, including the EMM databases.

Also, we now see four tape drives showing a "Device Host" as "Multiple" that belong to a tape library that we moved from a Windows media server to a Solaris media server.  We have never used Drive Sharing and the drives are not being used by any other media servers except this one.

Curiously, we still have NOM running and it correctly shows the tape drives and the correct media servers; OpsCenter is the one displaying this problem.

Well, we are going to reinstall both NetBackup and OpsCenter as part of a migration to new hardware and I guess that the problem will go away then, but it would have been nice to have a proper solution for it as it is likely to reappear in the future. If it does I think we will have to open a case as well.