VxFS fails after update to RHEL 6.3 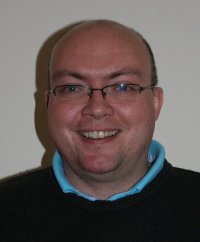 I'm seeing a problem with vxportal kernel module failing to load upon boot after upgrading RHEL 6.1 to 6.3. SFHA is on 6.0.

I found a technote (http://www.symantec.com/docs/TECH171002) but it does not seem to be this RHEL bug.

I've noticed that no vxfs related modules where transferred to /lib/modules/2.6.32-279.2.1.el6.x86_64/veritas/vxfs, they are however present in the previous kernel (131). I tried to copy the modules and rebuild the modules.dep file, but still when running /etc/init.d/vxfs start, I get;

So, either something went wrong during the RHEL upgrade (vxfs modules were not handled), or vxfs has a problem with RHEL 6.3.

So, I tried to apply 6.0RP1, but the vxfs patch fails, and all other patches are successfully applied.

So, my question is if anyone of you have experienced this issue? Or am I to open a support case for a new issue?

SFHA 6.0 is not compatible with RHEL 6.3 due to a symbol changes, please see the late breaking news technote below:

This should be resolved in SFHA 6.0.1, which should release in September timeframe

SFHA 6.0 is not compatible with RHEL 6.3 due to a symbol changes, please see the late breaking news technote below:

This should be resolved in SFHA 6.0.1, which should release in September timeframe

Thanks for the info! We will look at alternatives to live with this until September then, as downgrade to RHEL 6.2 is not possible...

so for SF6.0,you mean that REHL6.3 is enable,part of installion was failled when i try to install it .by the way,SF6.0 is ok forREHL6.2?

i hope someone can help me solve the problem ,so communiacation is all world! haha~

Just a following up with regards to RHEL 6.3 support