How to Rid the Registry of Altiris ?

I have 35 systems with which I installed the Altiris Agent, BESR Plug In, and BESR 2010 through the (Altiris) Management Solution console.  For a number of reasons I want to dump the Altiris Management Solution and manage these systems individually as standalone BESR 2010 installations.  As part of the ensuing uninstall/reinstall process I want to completely remove all Altiris entries from the registry – and there are hundreds of them.

When installing the Altiris agent via policy from the Management Console there is the option to install it such that it creates an entry in Windows Add/Remove Programs.  I did not notice this till after most of the client installs were completed.  However, even when using this option, the Altiris registry entries are not removed.

Elsewhere on the Symantec web site I have seen the following steps given as the recommended way of removing the Altiris agent; However this does not begin to remove all the registry entries.

So, does Symantec provide a way to efficiently and completely uninstall their product?  Specifically the Altiris agent registry entries.

I'll take that as a

Getting answers from Symantec on this product, via any channel, can be like fishing without a hook. 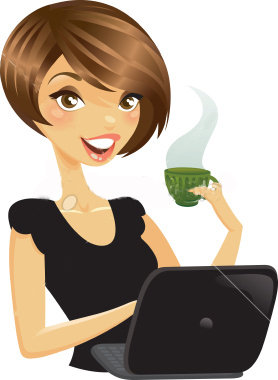 Ruchi, Thank you for the

Thank you for the response, however...

1) As stated in my original post, I am aware that uninstalls can be done via the Management Console, however, this this still does not do a thorough job of removing Altiris from the registry.

2) I have shifted away from using the Mangement Console completely as I find it about as useful as a phoneless cord.


Since my original post I have gone through the following process on about 40 systems;

The server that originally hosted the Management Console now serves no other purpose than to act as a backup storage destination for the these 40 systems.  This was done in an effort to resolve a number of reliability/predictability issues & assorted frustrations that seemed to have their source in the Management Console.  As part of this uninstall/reinstall process I had hoped to completely rid my systems of every last trace of Altiris - hence my inquiry about cleaning the registry.

For what it's worth, thus far, having used the product both with and without the Management Console, I am much happier using BESR 2010 as a standalone, unmanaged product.  I only wish I could get back the two months I wasted trying to get answers and reliable, predictable operation using the Mangement Console.  The idea of a central management tool is a great idea, but the existing one offered with this product is more trouble than it is worth.

Perform one of the following

Perform one of the following steps depending on your current environment:

1) If you find Symantec Installation Manager (SIM) under Start->Programs->Altiris, launch it and it will give you an option to remove stuff it has installed. Most of the Altiris solutions are installed by this software.
2) After step 1 is done, if there are still Symantec/Altiris files/folders/registry keys left on your system, refer to the following doc and use the symzap utility:
https://kb.altiris.com/article.asp?article=47985&p=1

After this, you can try uninstalling SIM from Add/Remove programs. If that doesn't work, refer to the following doc:
https://kb.altiris.com/article.asp?article=44263&p=1

Hopefully, you should be a happy user after this.
0 Kudos
Reply

Thank you for your response, however...

I may not have been as clear in my original post as I could have been - but the problem I am addressing is that of Altiris registry keys left behind on client systems, not on the Symantec (Altiris) Management Console Server.

My question/issue is:  When the Management Console is used to push out an installation of the Altiris Agent, BESR Plug-In, and BESR 2010 there are a pile (well over one hundred) of Altiris registry entries that are created on each client machine.  When I decided I wanted to revert all my clients to unmanaged systems (standalone BESR 2010) I uninstalled the Altiris Agent from each client using the Management Console - basically I pushed out an Uninstall.  This did in fact uninstall the Altiris Agent, but it left behind many Altiris registry keys in each client.  So, as a second measure I tried the following procedure found elsewhere on this forum to clean the client registries;


This did not thoroughly clean the client Altiris registry entries either.

So, my original question remains:  Does Symantec provide a way to efficiently and completely uninstall their product?

In the end, if those residual Altiris keys don't pose any issues, leaving them on my clients may not be that big of deal.  But in my view it is bad housekeeping.

The residual keys don't pose any issues as far as I know. Having said that, you can try the symzap utility for agents too. It basically should remove Altiris stuff from your system. You will find the utility as an attachment in the following doc:
https://kb.altiris.com/article.asp?article=47985&p=1
0 Kudos
Reply

Thanks again for the response.  I think, at this point, unless Symantec offers a utility expressly meant to clean up Altiris client installs, I will leave things as is.