Unlike with Windows 8, I understand that SSR 2013 Desktop Edition will NOT work with Windows 8.1.  When you try to restore a partition using the System Recovery DVD disc it fails.  I wasn't too pleased to hear about this at all.  I have read on the internet that Windows 8.1 was not really a major OS update.

Is Symantec going to provide a new version of SSR 2013 Desktop Edition (like 11.0.2.XXXXX) in the next week or so that fully supports Windows 8.1 partition backups/restores?  That would be awesome if Symantec could do this.

In order to backup/restore Windows 8.1 partitions, is Symantec going to make all the SSR 2013 Desktop Edition customers wait several months and have to pay for a new version like SSR 2014 Desktop Edition?

I need to know what is being done by the software developers.  If I have to wait several months then I guess I'll have to shop around for new system image backup/restore software like Acronis True Image.  I've been using Symantec system image software for years so I'd prefer to not have to start using another company's product. 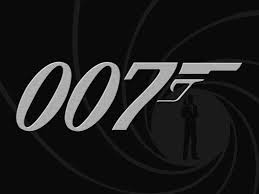 James007 ... or anyone working at Symantec who is a software developer working on Symantec System Recovery 2013/2014:

What does Symantec mean by "the next major revision of the product"?  I prefer specifics over vagueness.  I prefer reasonably accurate timeframe estimates instead of murky "maybe sometime in the future" statements.

Does "the next major revision" mean that I will have to wait months for SSR2014 Desktop to come out and then have to pay for a brand new version?  It's not like Microsoft just came out with Windows 9.  This is just going from Windows 8 to Windows 8.1.

Are there even plans to create a SSR2014 Desktop product?  I haven't been able to google anything about beta software in development for SSR2014 where it mentions Windows 8.1 compatibility.

Can someone at Symantec be more specific and provide a reasonably accurate timeframe estimate about when SSR 2013 is going to be Windows 8.1 compatible?  2 weeks?  A month?  6 months from now?

I have been running 2013 with 8.1 for over a month.  I have had successful backups, the have done file restores from an image.  I will test a partition recovery ASAP.

Update to my last post.  Booted from the 2013 x64 sp1 recovery dvd, loaded intel rst drivers and restored my D: partion successfully.  My system is UEFI running a fresh install of 8.1 RTM from technet. Don't have time to try my boot drive, but can't think of any reason why 8.1 would cause an issue.

Please refer to my comments

Please refer to my comments here:

It does not work.

I have an image of Windows 8 I restored to a new computer for test purposes.  I then updated to Win 8.1.  I made a new image and restored it to an empty hard drive.

What comes up is a blue screen that says Windows needs to be repaired...

I did the same back up and restore procedure as Windows 8, so an update to fix this would be great.

As mentioned in the link I

As mentioned in the link I provided above, support for Windows 8.1 will be added when we release SP2 for SSR 2013.

Hello! I am new here and my

I am new here and my first install crashed my Windows with a blue screen, after restoring it (reparing etc. did not work) with Acronis I had my system again working pffff. Now I had to try the second time ofcourse (I always could go back now) and the installing worked perfect this time, only the drives in my system are not seen bij SSR, not one drive is seen (normal SATA 1 Tb with 3 partitions NTFS nothing special).

When the site had told me what I reed here now, that SSR is compatible with Windows 8.0 then there must have stand but NOT Windows 8.1, because this is my system, now I have a 60 day's trail version and I must wait until Symantec comes with a new build version for Windows 8.1...............

Same problem. Just buy the last version and no work for windows 8.1

When can we expect the last version ?

SP2, which adds support for

SP2, which adds support for Windows 8.1, is expected towards the end of Feb 2014. Dates are subject to change though.

To solve use DART8.1 BootCD

To solve use DART8.1 BootCD from Microsoft (part of MDOP2013 R2): run at command prompt BootRec.exe /RebuildBCD (and add your windows with Y) This will solve the issue with error 0xc000000e "blue screen": "PC needs to be repaired, a required device isn't connected or can't be accessed"
0 Kudos
Reply

My version works ok (11.0.1.47662)with Win8.1, It has been loaded on Win8.1 since the released update and I have just ran another 3 recoveries to check it out. However I did try LOR and that failed. Deric
0 Kudos
Reply

Has the issue been resolved

Has the issue been resolved yet?

Has Symantec released (SP2)-support for Windows 8.1 yet?

I have Windows 8.1 and am looking for such a program, like Ghost was...

Should I wait or put off buying SSR2013?