The days of companies running one application workload on a single physical server sitting in their data center are long gone. Virtualization has changed all that. The decision between using virtual machines (VMs) or containers to improve IT efficiency is a complex one with no simple answer. We’re hearing more from our customers who are moving more of their business to the cloud looking for insights into whether moving to containers or sticking with VMs is right for them. We’ll help shed some light on that, but first, let’s differentiate between containers and VMs.

What does virtualization do?

What’s the difference between containers and VMs? 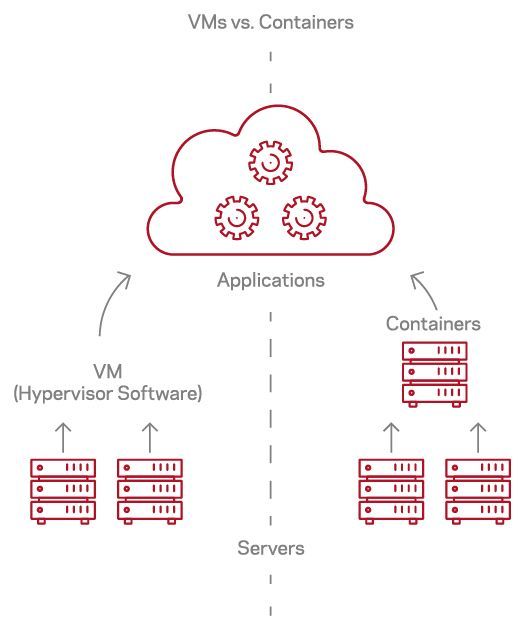 Containers and VMs are both a form of virtualization, they just approach it differently. With VM-based virtualization, a hypervisor software layer is used to allocate and share the resources – CPU, memory, and storage - of a physical machine among different VMs. Containers are a more lightweight approach. They sit on a physical server and host the operating system of the host computer. The benefits of containers over VMs are you can spin containers up much faster compared to VMs, and run multiple workloads on a single server. Containers are also more portable and very useful for development and testing environments.

Given those advantages, what’s stopping every IT department from immediately moving their workloads from VMs to containers? The answer is simple: the complexities of running containers are at another level. For many IT teams, VMs are familiar, while containers represent the unknown. Containers can introduce security risks and some IT teams may struggle to generate consistent results with containers.

Here are three signs that moving to containers may be right for your organization:

Containers and Kubernetes also come with security risks, and there have recently been reports of malware targeting Windows-based containers which could be used to deploy ransomware.

Every IT department needs to evaluate for itself whether containers or VMs are right for them, based on their individual circumstances. Some legacy applications may be better off keeping in a VM, given their business-critical nature.

Doing a candid assessment of the above criteria is a good first step.