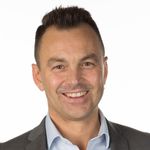 Turning the lights on: Using data insights to improve manageability and compliance

In the pursuit of greater organisational efficiency and market differentiation, data has become one of the most important assets an organisation holds. Yet many enterprises are hindered in mining that value by poor visibility into the data they posse...

From Source to Use framing the Data Compliance Challenge

Managing personal data appropriately is a major responsibility for organisations today. How you handle data is intrinsically linked to customer trust and brand reputation. However, this is far from the only commercial concern. The fact is organisatio...

It’s often during the most challenging times that we see the fastest innovation. The COVID-19 pandemic is a case in point. Consider the speed at which vaccines have been developed, for example. Or how businesses have adopted entirely digital ways of ...

Your data deserves a strategic partner

Every business leader hopes that neither a ransomware attack nor accidental data loss through human error will happen to their organisation. In reality, both present a significant threat to data integrity and business continuity. However, whilst the ...
View more
No replies to display.
About
JOB TITLE

Mark Nutt is the Senior Vice President for International Sales at Veritas. In this role, he is responsible for the sales organisation and the functional leadership of the business across the continents of Europe, Asia, Africa and Australia. With more than 30 years in the IT industry, Mark is recognised as a strong leader with a track record for building high-performance teams and a reputation for innovation, transformation and delivering results. Mark’s focus on both the growth of the business and the development of his team has seen him restructure Veritas’ field operations across the International region to drive increased sales and success. Prior to his current role, Mark led Veritas’ EMEA team, where he spearheaded a series of strategic initiatives to transform for growth. With expertise spanning both direct and indirect sales, Mark was previously Veritas’ Global Channel SVP, where he extended the successful practices that he’d developed whilst running Symantec’s EMEA channel organisations. Before joining Symantec, Mark was the General Manager of Morse Technology PLC. As the leader of the largest group within the business, Mark was a major contributor to the company’s recovery between 2006-2009 and was a part of the leadership team recognized with the PLC Turnaround Of The Year Award. Mark joined Morse after 13 years at HP, which had culminated in him taking responsibility for developing and managing its direct software channel in the UK and Ireland.

Kudos from
View all
Kudos given to
View all