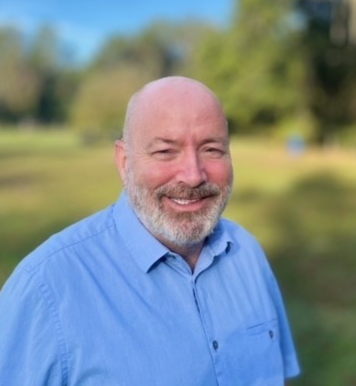 At Veritas, we encourage our employees to have a winning mindset, foster a sense of community in the workspace, and be a part of our mission in solving what no one else can. This includes our military veterans and members of our Employee Resource Group (ERG), Remembering and Empowering Veterans in Veritas (REVIV).

In 1982, Alan served in the US Army as an army ranger for four years. He was deployed in Grenada but spent most of his time in service in Seattle, Washington.

His reason for joining the military–the army specifically–was due to his family’s influence and their long-standing involvement in the military. His father and uncle were in the army, and he wanted to follow in their footsteps.

Alan shared that the most impactful lesson he learned was that the mind is a powerful tool, and he accomplished many daunting things that he never could have imagined before joining the military. “When I was young, I never thought that I could jump out of planes or helicopters, I overcame a lot of fears.”

Alan describes that the biggest takeaway of his transitioning from the military to his career was the importance of comradery. When returning to the workforce, Alan shares that he missed the comradery he experienced during his time in the military and that his new role felt like it was “just a job.”

When Alan left the military, he knew that he wanted to do something involving computers. He had enough money to go back to school and started his own business. He later sold that company which allowed him to spend time with his family. Alan then applied to Symantec and was pleasantly surprised by the comradery within the company.

It was a smooth transition for Alan, moving from the military to the workspace, as the military had a structure, leadership, and chain of command that was a good fit for him, and those aspects were transferable to his working environment.

Alan’s favorite aspect of his role at Veritas is the structure that enables him to maintain a work life balance that allows him to spend more time with his family. He enjoys the comradery within his team, where they occasionally jab and joke like he used to in the military. He loves that the people he works with are open and honest about feedback and can have healthy conflict.

At Veritas, we believe in diversity in thought, perspective, experience, and life is a vital part of our culture to drive cohesive, resilient, and high-performing teams. Thank you to the Veterans of REVIV, and to Alan for sharing your story. You are valuable assets to #TeamVeritas and working with colleagues who have such diverse backgrounds like you, is part of what makes #LifeAtVeritas so rewarding. Alan hopes that you’ll consider joining him and many other veterans like him at Veritas for your next career milestone. Visit our careers page to learn more.