Using this method means that only useful, relevant emails, will be archived per user.  No one really wants the emails where John asks his friend Steve where they are going for lunch, to end up in an email archive.  It's just not something that should be stored long term, and managed by the powerful, and lets not forget, expensive, Enterprise Vault archiving system.
Allowing users to drag and drop items in to a specific folder means that only useful emails will get archived. Of course users will normally make a folder structure underneath the single or multi- folders that you set up for them, and this is fine and encouraged, provided you educate users that they can do this.  They don't need to do that of course, especially with the powerful searching capabilities in both Outlook and Enterprise Vault.  Users can just drag and drop items in to a top level folder, and then rely on that search mechanism to find the items that they want, when they need to.
What does it look like?
Many organisations create a single folder, for example MyArchive, and it might look like this in Outlook: Sometimes organisations create a few folders.  They would do this if they wanted to give different retention categories, and again they would usually give these folders age-based names, for example you might see this in Outlook: Usually in Enterprise Vault a couple of changes are needed to support donation based email archiving. Firstly the general 'background' email archiving can be changed to be aged based, with nothing being automatically archived unless it is over 100 years old.
Secondly a folder, or a set of folders is created in each mailbox using EVPM.  For example you might setup a folder called MyArchive, make it non-deletable, and archive everything over 1 day old.  An EVPM file might look like this:
[Directory]
DirectoryComputerName = EVServer1
SiteName = EVSite
[Filter]
name = filter1
CreateShortcut = true
DeleteOriginal = true
UnreadMAIL = true
UseInactivityPeriod = true
InactivityUnits = days
InactivityPeriod = 1
[Mailbox]
distinguishedname = All
[Folder]
Name = \MyArchive
Filtername = filter1
Overridearchivelocks = true
Many organisations will schedule such a script to run daily. This way new users will get the folder 'within a day' of being setup, receiving an email, and being provisioned by Enterprise Vault.
One subtle thing with this approach is that if you have users from all over the world, with mailboxes in different languages, EVPM isn't able to create the folder you specify in different languages.  In other words every mailbox, regardless of language, will end up with a folder with the name you specify. Keeping the name simple will help with the non-English speakers in your organisation.

When you consider this type of approach the first issue that usually springs to mind is that the mailboxes for end users will still continue to grow. Enterprise Vault won't be archiving items over a short-range of age, nor will it be working to keep the mailbox under mailbox quoatas that might be imposed in Microsoft Exchange.  This may impact the Exchange environment, with the ever-growing size of the mailbox.  You may be surprised by your end users though, because by introducing the capability for users to think about mails differently, and decide what gets archived, you might find that in fact users will be more rigorous in archiving, and more importantly, deleting mails.
Thus, users might actually handle their mailbox management much better, and NOT have a big impact on the mailbox quotas (if implemented) or the mailbox sizes, in Exchange.
Whether your users do take on this extra management role, or not, it is a trade off with the donation based approach. If users don't manage their mailboxes more, then you won't be able to use Enterprise Vault to manage quotas, and mailbox sizes since just about nothing will be automatically archived.   The secret ingredient is that you must spend time educating (and re-educating) end-users.

Is donation-based archiving the best approach?

Certainly having an involvement from users is a good thing, that's why for example, our PST FlightDeck Migration Agent has for years allowed users to chose which PST files to send away for migration into Enterprise Vault, or Exchange (and recently to Office 365). By involving users and giving them flexibility in archiving you might be surprised with the end results and how it impacts the Exchange and email archiving environment.
Do you use donation based email archiving?  Let me know in the comments...
Labels:
3 Kudos
Comments 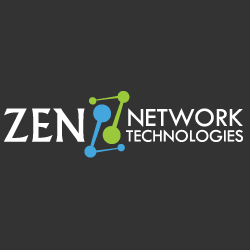 Hi, while based email archiving have some advantages, we do not plan to use for now. Instead we educate our end-users to keep only the important emails. Like you said, the email where John asks his friend Steve where they are going for lunch should be deleted once read. There is no need to keep this.

I believe both methods have advantages and disadvantages. You have to chose the one that fits you more.

Thanks for the comments DDoS Protection, if Wayne doesn't see it, I'll pass it on to him.

In the UK we have a saying - Apples for Apples.  Meaning, you have to find an appropriate way to archive - appropriate for your own users, organisation, company, legislation etc.