I have shortcut deletion configured along with delete orphaned shortcut. Archived Emails are being deleted when their retention period is over but orphaned shortcuts in Outlook are not. Will you please assist me on how i can proceed to troubleshoot this issue? Thank you so much.

Hello and thank you for the reply. 18 is the months. I called Symantec Support and they had me run storage expiry for 5 hours instead of 1 hour per day. It started working, deleting orphaned shortcuts on the user. I will continue checking on this. But if that is the fixed. That is funny. How long do you run your storage expiry per day?

I forgot to mention. We are using Enterprise Vault 10.

How is the storage expiry setup?  I know there was/is a bug that if Storage Expiry is set to never, and you do a Run Now on Storage Expiry, on the next run of the Archive Task the shortcuts will not be deleted.

If you have selected times in Storage Expiry, I would suggest doing to setup a dtrace of the archivetask, do a Run Now, Shortcut Processing only on a single mailbox and then try and see why they are not being deleted.

Thank you John. Storage Expiry is set up as:

Do you have a specific command to use dtrace on a specific user? Thank you again.

Also, if Cached Exchange Mode is checked..would that cause an issue to?

Can anybody help me with this? I ran archiving in report mode using specific users and yet, i get the below:

I know these 2 users have alot of orphan shortcuts. Please help. Thank you again. 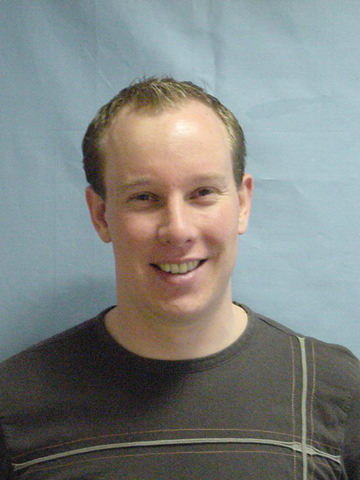 An orphaned shortcut is one that a user has deleted (say from the web app), not one that has been expired by storage based on retention category.

I can't remember off the top of my head and don't have a report handy - is there a column for expired shortcuts?

Thank you for your reply. Yes there is. But the user never deleted the emails. They are all based on retention.

Ok that's the column I was after (for this issue you can ignore the No of Orphaned Shortcuts as your users aren't deleting items).

Do you have the policy setting Delete Shortcuts in folders set?  If so how does this compare to say the retention category period?

As John pointed out best bet is to Dtrace ArchiveTask.exe and do a run now against a single mailbox selecting 'Shortcut processing'.

Thank you for the reply. Yes I do have Delete Shortcuts in folders set and it is set to same date as my retention policy. I opened a ticket with Symantec and we did run a dtrace. I emailed him the reports he needed. He didn't get back to me yet. What should i be looking for in the dtrace report?

Here's some things to look for:

Each shortcut item should start with a line containing the following (obviously subject and size relate to the item in the users mailbox):

After that there's a lot that could be going on but for non-moved items you should see:

For shortcut deletion based on the age of the shortcut you would expect something like:

"the shortcut titled: subject will be deleted due to its inactivity period expirting"

For shortcut expiry based on the retention category you would expect something like:

"the shortcut titled: subject will be deleted due to its retention category expiring"

Given items aren't being deleted you'll see trace such as:

"the shortcut titled: subject will not be deleted"

Thank you. I will look at my dtrace report and get back with you.

When i looked at my dtrace report all i see for shortcuts is this:  "the shortcut titled: subject will not be deleted". Where should i got from here?

Are you able to share the Dtrace showing the processing of a shortcut you believe should be deleted that isn't?  (Perhaps obfuscating the subject and mailbox if you wish).

Thank you for the reply. Here you go. Please let me know if you need more. Thank you again.

Sorry this is a pain but there should be an Enterprise Vault property 'Calculated Date' on the shortcut, what is the value of this (use Outlook Spy or MFCMapi).  Based on the retention category of this item has the amount of time been exceeded from the calculated date?

Unfortunately the trace doesn't state the shortcut deletion units, I see the period 18 - is this days, months or years?

Hello and thank you for the reply. 18 is the months. I called Symantec Support and they had me run storage expiry for 5 hours instead of 1 hour per day. It started working, deleting orphaned shortcuts on the user. I will continue checking on this. But if that is the fixed. That is funny. How long do you run your storage expiry per day?