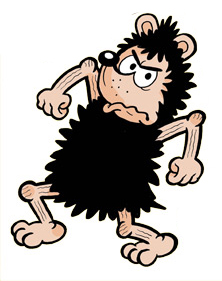 I havent been on here for a long time so hello :).

I wanted to post something that worried and disturbed me slightly regarding using the archive bit to backup windows servers. It all looks great on the covers but there is an issue which I dont think most people are aware of.

This is why the archive bit is cleared during the backup to stop clearing an Archive bit that could be a new modification to a file.

I too was unaware of the way NetBackup processed the archive bit and never really thought about it until we saw an issue.

When we pushed the issue with Symantec (at the time) and they confirmed that NetBackup by design clears the archive bit as it processes a full backup honoring the wait time before it clears it for each file backed up. We were advised to fix the issue with the full backup which was causing the clearing of the archive bit or move to time stamp backups where this isnt an issue.

For me this begs the question is there any point in using the Archive bit? Am i missing something?

If a full fails when you use timestamp NetBackup looks for the last completed backup time stamp for an incremental and uses that timestamp. It doesnt matter if a full backup failed in between incrementals.

Does anyone have any thoughts on this?