Sign In
Turn on suggestions
Auto-suggest helps you quickly narrow down your search results by suggesting possible matches as you type.
Showing results for
Search instead for
Did you mean:
Article Options
HOV Lanes for Backup Jobs
Shelley Schmokel (Shelley_S) 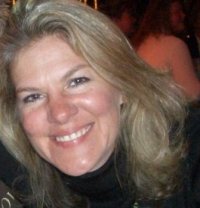 I’ve lived in a couple major metropolitan areas.   The kind with rush hour traffic so heavy a toddler on a tricycle can make better time.   Sometimes the major arteries have an HOV lane – a golden pathway of asphalt for High Occupancy Vehicles.   My route through Minneapolis has one.   When I lived in New Jersey, I had to endure 25 miles of watching traffic zoom by us poor slobs in the neighboring lanes.   There were times when the force of the air rushing by caused my car to sway.   Popular rumor had it that some of the passenger silhouettes were really blowup dolls.   It’s New York.  Anything is possible and in fact highly probable.

So what do HOV lanes have in common with backup jobs?   The new disk pool and disk storage unit design in NetBackup 6.5 allows you to treat some of your most precious client backup jobs as cars privileged to drive the fast lane to their destination.

If all jobs are going to the same disk backup destination, how interesting and useful would be to send the most important jobs through your high-powered media servers with the rest of the riffraff jobs going through the slower media servers?

Let me give you an example.   Stop configuring Data Domain storage as basic disk storage units.  Instead, configure the DD restorer as an OpenStorage disk pool with any number of media servers having equal access to the disk pool.   (The disk pool relationship means that you are no longer locked into requiring the media server that wrote the image be the one that restores or duplicates the image.  I’m referring to the automatic media server load balancing and failover capabilities, but that’s a topic for another day.  NetBackup sees a disk pool as shared and shareable.)

Suppose you have six media servers connected to the Data Domain storage.  Media servers 1 through 4 are old, reliable workhorses.   A little long in the tooth, but still serviceable.  Aaah, but last quarter you brought media servers 5 and 6 online – power stallions.   Shiny, new and *FAST*.  Leverage the fact that the servers (your lanes) can deliver different throughput.

And that’s what you’ll have – an express lane for sending important backups to their destination as fast as possible.    (Here’s where Dave Barry might sign off with:  "And no need for blowup dolls." )