I see the new LUNs single path in the VEA

Hello everyone
I have a little problem with the microsoft cluster (windows server 2008 sp2 x32)  with SFW 5.1 SP2.

When they are assigned to the new LUN (emc VMax), I see the LUNs a single path in the VEA , but with the SUNSurfer, I see them properly with the dual path. To show the dual paths are forced to restart the cluster nodes.
After rebooting, I see the correct the dual path, and log in I get this error:
The Virtual Storage Filter Driver is disabled through the registry. It is inactive for all disk drives.

The device, \ Device \ Harddisk1 \ DR9, is not ready for access yet

searching the web, I saw this technote from Microsoft,
http://www.techbind.org/post/2010/03/24/The-Virtual-Storage-Filter-Driver-is-disabled-through-the-re...

but it is not applicable to my problem when I do not have Hyper-V Server.

DMP problem? is there anyone can help me?

Actually, no 'native' DMP software with SFW - it has to be explicitely selected during the installation process, provided that you have entered the appropriate license key(s):

If you expand 'StorageAgent' -> DMP DSMs, which module(s) do you see?

If Powerpath, SF won't know about the paths.

the software of multipaht native SFW

Actually, no 'native' DMP software with SFW - it has to be explicitely selected during the installation process, provided that you have entered the appropriate license key(s):

If you expand 'StorageAgent' -> DMP DSMs, which module(s) do you see?

during the installation phase, I have only enabled the DSMs of storage modules that are present in the SAN.

excuse me for my mistake.

No need to select all DSM modules during installation. You only need the ones required by the storage that is attached to the host.

Please post a screen shot of the GUI with 'StorageAgent' and DMP DSMs expanded.

1) disk driver reporting a disk is not ready for access

Issue (1) needs to be investigated if it is showing the operating system cannot access the LUN, represented as PhysicalDriveX.

If the DMP DSM has claimed the device correctly you should see the paths listed in the VEA gui under the DMP DSM tab when the HarddiskX is selected.

If you can trace the same LUN via multiple paths in SanSurfer, and the same number of paths are not present in the DMP DSM tab then you may have an issue with the DSM.  The DSM you have selected should claim the VMAX.  If the DMP DSM tab is not present then SFW is not managing the paths either.

Try the output of:

- this will show if a DSM has claimed the disk

- this will show the number of paths

by SANsurfer, I can see the LUNs correctly with double path, below the output of the command

From your output, we can see that there is no DSM that has claimed your disk.

This means that you have one of three problems.

1. The DSM needed to claim the device is not install.

2. The MPIO framework is not installed.

3. The Arrays product/vendor ID strings have been altered from what the DSM is expecting them to be to identify the array correctly. 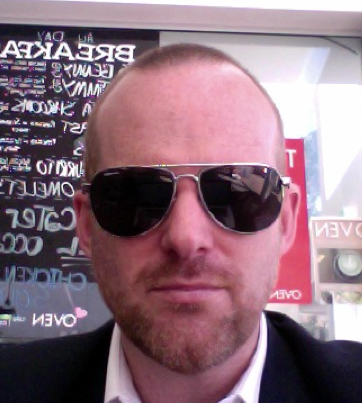 Can you confirm that you have the Microsoft MPIO Framework installed? Without this DMP will not configure paths.