Sign In
Turn on suggestions
Auto-suggest helps you quickly narrow down your search results by suggesting possible matches as you type.
Showing results for
Search instead for
Did you mean:
Article Options
Who is the real leader in backup appliances? A closer look at IDC PBBA report.
Philip Wandrei (Phil_Wandrei)
Employee Accredited 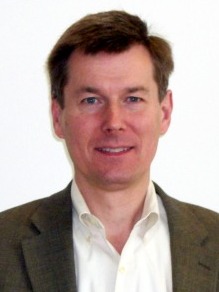 Since it has been more than a year when I last reported on PBBAs, Integrated PBBAs: The Times are a Changing, the time was right for an update.  For those of you following my last PBBA blog and the fate of my former Blockbuster video store, it has been remodeled and is now a Banfield Pet Hospital.

The PBBA market broke the $1 billion mark in Q4 2014. This milestone is significant as the market continues to show positive growth and IDC forecasts the total PBBA market to grow to $4.4 billion by 2018 (a five-year CAGR of 7.5%). Symantec is well positioned to meet this growing customer need and continue to gain market share.

Within Open Systems, Integrated Appliances continue to outpace Target appliances by 25.6% (7.9% versus 6.3%).

Integrated appliances are tightly integrated with backup software and can have master or media servers built into the system to orchestrate the backup and movement of data to other systems or removable media such as tape.1

Target appliances are used in conjunction with third-party backup software and designed to integrate in heterogeneous environments.1

How is Symantec Doing?

Symantec, soon to be Veritas, continues to be the fastest growing PBBA vendor. More importantly, it is driving the growth within the Integrated PBBA market and continuing to gain market share.  In less than four (4) years, Symantec has gained 39.3% market share. In comparing Integrated PBBA revenue, Symantec has grown 16.2% over the last year, more than twice the market growth of 7.9%.  What is especially telling is EMC’s performance, which led to declining revenue, -2.9%, and prompted the question, “Why do I think EMC is worried about losing ground in backup appliances?”