Converting entirely from LTO3 to LTO4

I have a Windows 2008 R2 server running Netbackup 7.5.0.7 with a Storagetek L700e attached.  Its 10 LTO3 drives are going to be replaced with 20 LTO4 drives.  After the upgrade I will no longer need to write on the LTO3 tapes but I may need to read them until they expire (two weeks after the upgrade).   I plan to remove the LTO3 media from the silo and only put them back in if a mount request comes up.

I have a few questions about the upgrade:

Q1) The current media – the LTO3 tapes - are all ‘hcart3’.  I want all newly inserted media – the LTO4 tapes – to go in as ‘hcart’.  How do I tell Netbackup how new media should be designated?

Q2) When the LTO3 drives are removed and the LTO4 drives are put in their place I would expect they should configure as ‘hcart’.  Is that correct?

Is there anything I have missed to have all the policies start using the new LTO4 media in the new LTO4 drives?  The old LTO3 media would only be mounted if I submitted a restore request.

Media Type Mappings is greyed out because this is for ACSLS robots only.

So, these are the steps that I would follow:

On the day of the tape drive replacement, do the following:

To restore from old LTO3 media:
add tape to the robot, Inventory, then change one of the tape drives in NBU config to hcart3.
Run the restore.
Change tape drive back to hcart.

You should build a whole new set of HCART, groups, pools, etc

It is not that hard.

On my solaris master server, I have in /usr/openv/volmgr a file called vm.conf

These values match what you see in the "Inventory Robot, Advanced Options, Media Type Mappings" Listing

1. You will want to keep a drive & storage unit as HCART3 because when you load an old tape it needs to match.

2. LTO drives tapes can read from earlier tapes, if you want you can waste an LTO4 and define as an LTO3. (I do not recommend this, because it cannot be both at once.)

Just out of curiosity, are you encrypting tapes now?  When we switched from LTO3 to LTO4 drives, we started using encryption at the drive level using our tape library vendor's solution, which encrypts all tape data on LTO4 tapes.  But this produced a problem for catalog backups, which should not be encrypted.  There was no way to create an unencrypted tape, EXCEPT by using an LTO3 tape in the LTO4 drives.

Just something else to keep in mind as you switch tape technology.

No encryption for us.

>These values match what you see in the "Inventory Robot, Advanced Options, Media Type Mappings" Listing

This tab is greyed out on the system.  Why would that be?

>1. You will want to keep a drive & storage unit as HCART3 because when you load an old tape it needs to match.

Based on this it sounds like I want to change the old LTO3 tapes to 'HCART' (and still remove them from the silo).

I dont want to burn a whole drive for a restore that may never happen.

Now that I've read this old thread it sounds like perhaps I should keep *everyhting* as HCART3:

The plan for keeping everything as HCART3 will work if you do not mix LTO3 and LTO4 for writing operations.

Sounds like this is the way to go.  I'll just have to make sure I change the LTO4 drives from HCART  to HCART3 after they are discovered. 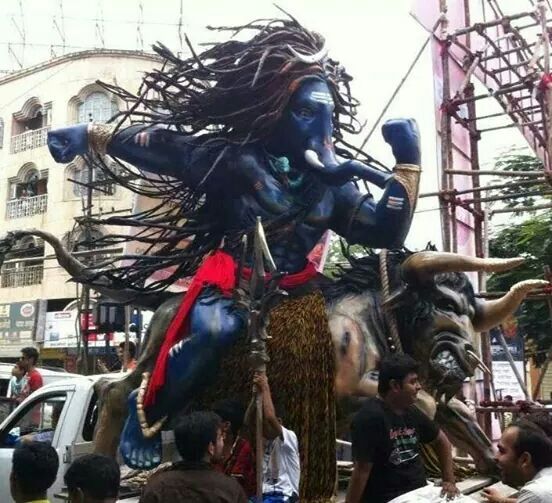 Please refer to the technote - http://www.symantec.com/docs/TECH155814

It might help to configure both LTO 3 and LTO 4 tapes in netbackup.

Media Type Mappings is greyed out because this is for ACSLS robots only.

So, these are the steps that I would follow:

On the day of the tape drive replacement, do the following:

To restore from old LTO3 media:
add tape to the robot, Inventory, then change one of the tape drives in NBU config to hcart3.
Run the restore.
Change tape drive back to hcart.

Marianne - I think this is exactly what I am going to do.

My backups all expire within 15 days so the chances of me having to restore from an LTO3 is slim.  So your method is perfect.

In Media GUI, select all media that are in the robot, right-click and select 'Move' to logically move all tapes in the robot to non-robotic.

Out of curiosity why does this matter since I am removing all the LTO3 media anyways?

I feel it is a good idea to let NBU know that the media is taken out.

You will probably not do an inventory after the LTO3 tapes have been removed with empty robot or use NBU to eject all the tapes?
Only do inventory when new tapes are in the robot after the drive change?

If memory serves me right, NBU has a problem when there is not a 'move out of the robot' for tapes and media is manually replaced.

Remember, if you do not eject from NBU or do a 'logical move' to Standalone of the LTO3's, the NBU config will still show them in robot slots but those slots are now occupied by totally different tapes.

The 'logical move' will take a few seconds and ensure all goes well when you Inventory with new tapes in the robot.

I did this conversion yesterday and I wanted to let everyone know it was successful using Marianne's method:

Before the HW tech arrived I removed all the LTO3 tapes and inventoried the silo (so Netbackup knows they are no longer there).

I then deleted the LTO3 drives. The robot's were left as is.

The HW tech then removed the 10 LTO3 drives and replaced with 20 LTO4 drives.

The new drives where then zoned, etc.

I rebooted the windows master and media servers.

I checked that the new drives were found in the device manager and via 'scan'.

I then discovered the 20 new 'hcart' devices.

I inserted 100 new LTO4 tapes and inventoried the silo. They came up as 'hcart'.

The storage unit we use that used to reference 'hcart3' was deleted and recreated using 'hcart'.

I ran some test backups and all was good.

This morning a fellow sysadmin needed a restore from an LTO3 tape.  I changed one of the drives from 'hcart' to 'hcart3'. I inserted the restore tapes and inventoried the silo.

When I submitted the restore it ran perfect!